Along with studying the Bible, prayer is indispensable in order for us to abide in Christ and grow spiritually. Even Jesus Himself needed prayer to be united with the Father. He left us an example of a life of prayer. Prayer marked the crucial moments of His life. He prayed when He was baptized. He often prayed in solitary places before daylight or on the mountain after sunset. Sometimes He spent the whole night praying, such as when He chose the Twelve Apostles. He prayed to resurrect Lazarus. Not even the Cross deterred Him from praying. 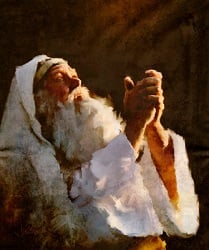 If the “Father knows the things you have need of before you ask Him” (Matt. 6:8, NKJV), why do we need to present Him our needs in prayer? Because through prayer, we learn to empty ourselves of ourselves and become more dependent upon Him. “Ask, and it will be given to you; seek, and you will find; knock, and it will be opened to you” is Jesus’ promise (Matt. 7:7, NKJV). Although we do not need to impress Him by endless prayers of vain repetitions (Matt. 6:5-9), we need to persevere in prayer, clinging to His promises (John 15:7, John 16:24) no matter what. How can the different parts of the Lord’s Prayer help us to grow in Christ? See Matt. 6:9-13. Jesus is our Mediator in Heaven. Therefore, He instructed us to address our prayers to the Father in His name. “Most assuredly, I say to you, whatever you ask the Father in My name He will give you” (John 16:23, NKJV). Christ taught that there are certain conditions in order for this wonderful promise to be fulfilled. We need to believe that God can answer us (Matt. 21:22). An attitude of forgiveness toward our neighbor is required (Mark 11:25). Most important, our will should always be subordinated to the Father’s will (Matt. 6:10, Luke 22:42). And any delay in the answer should not discourage us; on the contrary, we need to always pray and not give up (Luke 18:1). “Lord, teach us to pray” (Luke 11:1) is always a relevant request, no matter how long ago we accepted Christ as our Savior. In what aspect of your prayer life do you still need to grow by the grace of God?