Christ was the embodiment of perfection; that is, all of God’s perfections were revealed in Him. Thus, was anyone ever more compassionate than Christ? Who possessed a stronger desire than Jesus to alleviate human distress? 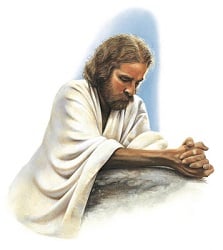 We, therefore, ask: what relationship did Christ’s compassion and intercession have with discipleship?

Jesus could effectively intercede on His disciples’ behalf because He was actively engaged in their lives, thoroughly understood them, and passionately desired their good. Effective intercession today demands nothing less. The twenty-first century disciple-maker will discard time-consuming pursuits that interfere with their relationships with lost souls. Making money, achieving fame, even educational excellence must become subservient to the greater goal of the redemption of the lost. This is an important truth that so easily slips from sight, because we are so often caught in the daily grind of living.

Jesus invested Himself in the lives of His disciples. He visited their homes, became acquainted with their relatives, spent leisure time in their company, and worked alongside them. Nothing significant to their lives escaped His notice. Disciple-making today requires more than tract distribution and airtight biblical argumentation. Praying in a sympathetic consciousness of another’s distress, and with a passionate desire to alleviate that distress, is still the standard of intercessory prayer in effective disciple-making.

Though it can sound quaint, there’s a lot of truth in the statement, People care little about what you know until they know how much you care.