Every Jesus-follower knows that memorizing scripture is super important to spiritual growth. Paul the apostle said “the word of God is alive and active” (Hebrews 4:12). As such, when we memorize the words of this book we are memorizing living words. 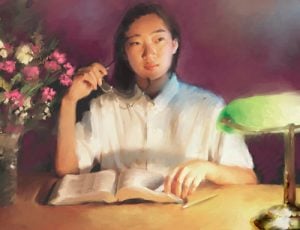 These living words have many benefits – such as power over temptation (Psalm 119:9, 11), prosperity and success (Joshua 1:8), spiritual growth (2 Timothy 3:16), spiritual life (Matthew 4:4), inner peace (Psalms 119:165), wisdom and the knowledge of God (Proverbs 2:1-5), spiritual light in the midst of darkness (2 Peter 1:19), and the list goes on. Even Jesus memorized scripture and used it in his fight against Satan (Matthew 4:1-11). Clearly, memorizing scripture is essential to the spiritual journey of the Christian.

As true as all this is, let’s be real. Half of us don’t memorize Scripture. Many have not even memorized a new verse in the last year. How come? Why is it that something as important to our spiritual development is left undone? A million answers can be given to this – such as wrong priorities, spiritual indifference or “coldness”, daily distractions, business, etc. And while all of these are true, I would like to propose the reason why I have always hated memorizing Scripture: The reference.

Yep. That’s it. The reference. For some reason I can’t seem to remember that stuff. And when I finally manage to get it in my head, a few weeks later it’s gone again. Growing up, my friends always struggled with this. I struggled with it. We all struggled with it. But we kept being told that the reference was important because without it you would not know where the text was found. True as this may be, it led me (and I’m sure many others) to an unfortunate conclusion: Memorizing Scripture is worthless if you don’t memorize the reference, and since I can’t memorize the reference, I won’t bother memorizing Scripture any more.

I lived with this unfortunate conclusion until one day the Bible slapped me (remember, this book’s alive) with something I had never noticed before. Jesus and the New Testament writers quoted the Bible all the time without any referencing. Now, of course, chapter and verse divisions didn’t exist back then. However, don’t you think God would have inspired them from the beginning if they were so important? He didn’t because they aren’t. Allow me to give some examples:

When Jesus was tempted by Satan (Matthew 4) He used the Scriptures as a defense. Three times He quoted the Bible by saying “It is written.” Not once did He say where. While there were no chapter and verse divisions back then, He could have at least mentioned what book the texts came from. He didn’t.

The Beatitudes (Matthew 5) are loaded with Old Testament allusions (not a word for word quote, but very similar). For example, in Matt 5:5 Jesus says “Blessed are the meek: for they will inherit the earth.” This is an allusion to David’s psalm where he says “But the meek will inherit the earth; and will delight themselves in the abundance of peace” (Psalm 37:11). Jesus doesn’t reference David. In fact, he hardly ever references the scriptures he quotes.1

Jesus is not the only one. The strongest example of this is Paul himself. Paul, a former Pharisee, would have known the Old Testament more than the average Joe. And yet notice how he quotes the Old Testament from time to time:

But there is a place where someone has testified: “What is mankind that you are mindful of them, a son of man that you care for him? (Hebrews 2:6)

Couldn’t Paul have said “David wrote in the Psalms ‘What is mankind…?'” or, “In Genesis Moses wrote ‘On the seventh day…'”? Instead Paul says, “Somewhere He has testified” and “From somewhere He has spoken.” Like Jesus, Paul does not even make an attempt to reference where these texts come from. All he says is that they are “somewhere” in the OT. In the same vein, the NT quotes the OT tons of times and it hardly ever references what it’s quoting.2

So what am I saying? This, I’m sure, is a question most of you are asking. Am I suggesting that we throw away references and just memorize Bible verses without them? Yes and no. I’ll deal with the no first and then the yes.

No, I’m not saying to omit Bible references in memorizing

In case you haven’t noticed, this blog post is loaded with Bible verse references. Is it ridiculous for me to use verse references in a blog about not using them? But that’s not what this blog is about. The chapter and verse divisions, while not inspired, were nevertheless permitted by God and they make finding relevant texts much easier. In a day and age where the Bible gets misused and misquoted, people appreciate being able to see the text for themselves. Knowing the reference makes it easier for us to do so. However, I quote the Bible to non-Christian friends all the time without using the references and I have never been asked “Where is that?” So ultimately, I see the references as helpful but not always necessary.

As mentioned above, references are helpful, but here is my point: they are not necessary for spiritual growth. When it comes to memorizing Scripture for spiritual growth, you don’t have to know where the text is found. I know many verses that I meditate on or quote when in need and I have no idea where they are found, and yet, they are just as effective. The power of living words does not rest on where they are found in a book but on whether they are found in your heart. So if you shy away from memorizing Scripture because of those pesky references that you just can’t seem to grasp, then forget the references and memorize Scripture anyhow. The power is in what God said, not the chapter and verse number that we added hundreds of years later.

So in conclusion, Bible references are a commodity, not a necessity. If they bog you down, then don’t get discouraged. Forget the references and start memorizing Scripture anyhow. Perhaps, as you mature, the references will become easier to memorize (or maybe not). But the point is to hide God;s word in your heart anyhow.

“I have hidden your word in my heart that I might not sin against you.” – King David

[This blog has been reposted from pastormarct.blogspot.com.]