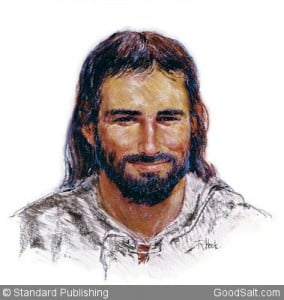 There are a couple of problems though. One, there are really only a few motivations available: hate, greed, fear, guilt, and love. And, two, some are more effective than others, depending on the situation.

For example, hate is only going to work in limited and specific situations, and most of those are not socially acceptable. Greed is more adaptable so it can work in more situations. Advertisers have really mastered using greed as a motivator. Fear and guilt may seem really effective at first, but they don’t usually create any long-term or permanent behaviors.

If fear were more effective, no one would ever drive over the speed limit, smoke cigarettes, drink and drive, over eat, or any number of other things.

And if guilt worked every time, nobody would ever disobey a parent, make hurtful comments to a loved one, or break a promise.

Love, of course, is the only motivator that we should ever need or use, but it’s also the most difficult for us to use consistently.

Think about this: what motivates you and me to witness about Jesus? Well, it’s almost never going to be hate, and it’s probably not greed, but might it be fear or guilt? And, does it really matter why we witness, as long as we witness?

If you’re a parent, you’ve probably told your children when they grumbled about doing a task that you really didn’t care whether or not they wanted to do it as long as they did it. Could Paul have been saying the same thing in Philippians?

“Some indeed preach Christ even from envy and strife, and some also from goodwill: The former preach Christ from selfish ambition, not sincerely, supposing to add affliction to my chains; but the latter out of love, knowing that I am appointed for the defense of the gospel. What then? Only that in every way, whether in pretense or in truth, Christ is preached; and in this I rejoice, yes, and will rejoice.” Philippians 1:15-18

As to our own motives, why do we want to serve God? Is it because we’re afraid that God will punish us if we don’t? Is it because we’ll feel guilty if we don’t serve? If either of those is true, then we’re missing the point. We’re still trying to prove to God that we’re worthy of His love and that’s legalism.

“Legal religion will not answer for this age. We may perform all the outward acts of service, and yet be as destitute of the quickening influence of the Holy Spirit as the hills of Gilboa were destitute of dew and rain. We all need spiritual moisture; and we need also the bright beams of the Sun of Righteousness to soften and subdue our hearts. We are always to be as firm as a rock to principle. Bible principles are to be taught, and then backed up by holy practice.” (E.G. White, Testimonies for the Church 6:417, 418)

Another issue is that no matter what it is, when we are motivated by fear and/or guilt, we don’t usually continue doing those things. They become a burden and we eventually quit, especially when we’re talking about something as personal as witnessing.

Witnessing because we have to instead of because we’re so in love with Jesus that we can’t help but tell people about Him is probably going to look and feel very differently to the people around us and to us. Have you ever been just talking to someone and suddenly that person’s whole look and attitude changed? In the course of the conversation, you hit on something that he or she was passionate about. You can tell by the look on his face, by the excitement in his voice. He sits up straighter, and his eyes light up. There is no mistaking how he feels about that subject.

What do you look and sound like when you talk about Jesus? Are you preoccupied thinking about what to fix for dinner or what you feel you should be doing at work? Or are you “in the zone” talking about Someone you love more than you love your own life? Do you get excited when you talk about Jesus and what He’s done for you? Does every conversation you have come back around to Jesus because He’s always on your mind. Is His name always on the tip of your tongue?

I want to share this story with you. In an article he wrote for the Discipleship Journal, author Jim White says,

“I know a man named Hubert Mitchell who memorized the entire New Testament. As a former missionary in his sixties, he spent his days in downtown Chicago, going from office building to office building. Inside he would ask secretaries if he could have five minutes with their boss to talk about a personal matter. Frequently he would be ushered into the boss’s office, and he would say, ‘I only have five minutes, but I want to ask you, did you read your Bible before you came to work this morning?’
“The boss would look at him as if he were crazy, and say,
‘No.’
“Hubert would smile and answer, ‘Sir, you sure missed a blessing, didn’t you? I’d just like to share with you what God spoke about to me in the Bible this morning.’ He would open a New Testament and hand it to the boss, and say, ‘Let’s start right here.’ Then Hubert would sit back and start quoting it word for word.
“The boss would listen, amazed. After five minutes, Hubert would say, ‘My time’s up and I’ve got to go. Wasn’t that a blessing?’ On most occasions the boss would ask him to stay longer, and they would talk.
“Hubert Mitchell led men to Christ all over downtown Chicago that way, because God’s word was burning in his heart.”1

I want to be so in love with Jesus that I can’t keep Him to myself. I want everyone to know that He loves me so much that He couldn’t imagine His life without me, so He left Heaven and died so that we could be together forever. Jesus did it for you too. Don’t you want to tell everyone what He’s done for you?

“For God so greatly loved and dearly prized the world that He [even] gave up His only begotten (unique) Son, so that whoever believes in (trusts in, clings to, relies on) Him shall not perish (come to destruction, be lost) but have eternal (everlasting) life.” John 3:16 (AMP)