In July the Seventh-day Adventist Church General Conference Session will vote on the much-discussed contentious issue of whether individual divisions should ordain women pastors. Since enough has been written about women’s ordination to fill several terabytes of data space, we are not going to discuss the subject on Sabbath School Net. I am not a prophet but I think it is fair to say that whatever the outcome, there will be a lot of disappointed church members. 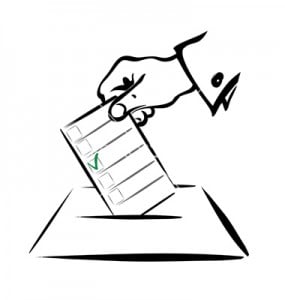 Depending on their point of view, church members will think the church has either taken a retrograde step, if the vote is NO, or it has apostatized, if the vote is YES. This has the potential to lead to further conflict between those with opposing views.

Let us think about what happens to us after the votes have been counted and the decision made, whichever side of this issue you feel you are aligned to.

I suggest that there are three reactions and we need to think about the consequences of each.

Accept the Decision of the Umpire

In sport there is general agreement that you accept the umpire’s decision, even if you disagree with it, and get on with the game. If everyone agreed that the General Conference in session was the final word on the matter, we could simply accept the decision and continue with the task within the parameters of that decision.

However I am a realist and recognise that is simply not going to happen. There are people on both sides of this issue who believe the Holy Spirit has led them to their particular conclusion, and therefore they are right. That belief is not going to go away after the vote has been taken. I do not see those who have lost on the vote simply saying, “We must have been wrong. God has chosen to reveal Himself though the vote of the session, and therefore we will accept the verdict.”

There will be some who will be so disappointed with the outcome that they decide to give up on the church altogether. That would be a sad and most unfortunate reaction.

I remember in my youth being confronted with an issue affecting my position in the local church. I confided in one of the senior elders that I thought it was time I resigned. He very wisely said to me, “Never resign, because once you have resigned you have made your last statement on the issue. You have effectively disqualified yourself from any further input on the issue.” It was wise counsel, and I am very glad now that I followed his advice, although it was a hard to accept at the time.

The Church needs you, even if your position did not win, and you may well find that your input is still a valuable contribution to the development of the church.

Understand that Church Unity is more than Agreement

The third position is the most complex, because it means living with a decision that you do not like. Ultimately the test of our Christianity is our ability to build bridges to those with whom we disagree within the church. There is a significant far-reaching truth in Christ’s words in John 13: 35, “By this all will know that you are My disciples, if you have love for one another.”

When the result of the General Conference Session on this issue is made known, we need to remember this verse and put it into practice, win or lose.

There is a case study in the New Testament when the embryonic mainly Jewish, church faced the influx of Gentiles. There were those who wanted the church to remain Jewish and require the Gentile converts to become Jews and obey the ceremonial laws including circumcision, which had been the entrance requirement into the covenant community since the time of Abraham. Acts 15 documents some of the problems and describes the solution, which was surprisingly moderate.

For it seemed good to the Holy Spirit, and to us, to lay upon you no greater burden than these necessary things: that you abstain from things offered to idols, from blood, from things strangled, and from sexual immorality. If you keep yourselves from these, you will do well. Acts 15:28-29

In many respects this represented a major shift in thinking. It was not accepted universally, however, and Paul’s later epistles address those who continued to press for circumcision. Interestingly, it was while Paul was involved in a ceremonial cleansing at the temple that he was captured in an event that ultimately led to his journey to Rome as a prisoner.

Conflict does not necessarily mean that the church is divided. It all depends on the attitude we take. We should not let this disagreement affect our belief that we have a responsibility to share the news of the Gospel and Christ’s soon return. We can, indeed, agree to disagree on issues. Some have cast the current issue as divisive, but I suggest that it is only divisive if we allow it to be.

Here are some things to consider if we are to live and worship together in the wake of the General Conference vote:

We are expected to love one another.

Salvation is not dependent on the outcome of a General Conference session vote but on a relationship with Jesus, and if we allow the outcome to sever our relationship with Jesus, then the whole exercise is in vain. If we lose sight of the directive to work with one another in love, in spite of our differences, we have reduced our effectiveness in spreading the Word of God.

Let love be without hypocrisy. Abhor what is evil. Cling to what is good. Be kindly affectionate to one another with brotherly love, in honor giving preference to one another. Rom 12: 9,10

If we choose to follow Paul’s counsel, the world will see that we are His disciples because we love one another. I believe the world is waiting for such a demonstration of the love of Christ in His people.

Editor’s note: Please understand that this post is not intended to provide a forum for discussing any recent decision of the GC. Comments referencing women’s ordination will not be published.