The Holy Spirit mightily moved through the teaching and preaching of the apostle Paul as he established the Christian church in Ephesus. 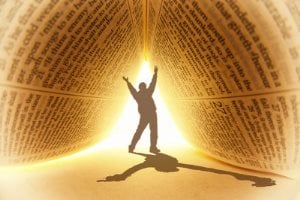 Ephesus was a city of approximately two hundred fifty thousand people. It was considered the market place of Asia. As ships brought their wares from throughout Asia, people flocked to Ephesus to buy fine silk, rare jewels, flavorful spices, hand-woven carpets, exquisite art objects, and exotic foods. It was also the center for the worship of the goddess Diana and the future home of the famed Celsus Library, with 12,000 volumes. The city had a magnificent amphitheater seating fifteen thousand people. It was used for massive concerts and theatrical productions. Sexual promiscuity was commonplace. If there ever was an unlikely place for Christianity to take root, grow and flourish-it was Ephesus.

Read Acts 20:27-32. What was Paul’s concern for the believers at Ephesus? What was his counsel to the church members in Ephesus? What role did he give to the Word of God?

What similarities do you see in all of the above texts regarding the role of the Word of God? Why, then, must the Word of God be central to spiritual revival, both on a personal and on a corporate level?