All humanity is now involved in a great controversy between Christ and Satan regarding the character of God, His law, and His sovereignty over the universe. This conflict originated in heaven when a created being, endowed with freedom of choice, in self-exaltation became Satan, God’s adversary, and led into rebellion a portion of the angels. He introduced the spirit of rebellion into this world when he led Adam and Eve into sin. This human sin resulted in the distortion of the image of God in humanity, the disordering of the created world, and its eventual devastation at the time of the worldwide flood. Observed by the whole creation, this world became the arena of the universal conflict, out of which the God of love will ultimately be vindicated. To assist His people in this controversy, Christ sends the Holy Spirit and the loyal angels to guide, protect, and sustain them in the way of salvation. (Rev. 12:4-9; Isa. 14:12-14; Eze. 28:12-18; Gen. 3; Rom. 1:19-32; 5:12-21; 8:19-22; Gen. 6-8; 2 Peter 3:6; 1 Cor. 4:9; Heb. 1:14.)

In the previous post, we identified where Adventism fits in relation to covenant theology. The conclusion placed Adventism closest to the views espoused by the 2nd London Baptist Confession, a covenantal framework that falls under the tradition of the Presbyterians, Congregationalists, and Baptists known as “Covenantalism.” The post concluded by sharing some points on how this … END_OF_DOCUMENT_TOKEN_TO_BE_REPLACED

When the “remnant” is brought to view in Revelation, our attention is directed to God’s intent that the movement be defined by a specific theological construct: “And the dragon was wroth with the woman, and went to make war with the remnant of her seed, which keep the commandments of God, and have the testimony … END_OF_DOCUMENT_TOKEN_TO_BE_REPLACED

You can view an in-depth discussion of “Jesus’ Teaching on the Great Controversy” in the Hope Sabbath School class led by Pastor Derek Morris. (Adobe Flash Player version.) A Youtube version of this week’s lesson at Hope Sabbath School is below. You can download the video, the MP3 audio, and the lesson outline from the … END_OF_DOCUMENT_TOKEN_TO_BE_REPLACED

If God is all-knowing, He must have known that the beautiful angel Lucifer would sin and rebel against God’s government. So why did God create Him?  That’s the question someone asked on our Facebook page this week, and it’s like the similar question, “Why did God create Adam, if He knew that Adam would sin?” … END_OF_DOCUMENT_TOKEN_TO_BE_REPLACED 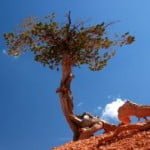 Have you thought about the story of Job lately? Some people don’t like his story because it reminds them that following God doesn’t always make sense. Sometimes following God (being a Christian) finds us experiencing excruciating physical and/or mental distress, for which there is no logical explanation – surrounded by family and friends who say … END_OF_DOCUMENT_TOKEN_TO_BE_REPLACED 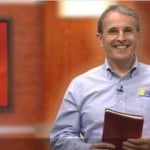 You can join the full hour-long, inter-active study of the lesson for the week by the Hope Sabbath School class led by Pastor Derek Morris on the HopeTV site. (Adobe Flash Player version.) Or you can download it as a MP4 file to watch later, and you can download lesson outlines here as well. Or watch … END_OF_DOCUMENT_TOKEN_TO_BE_REPLACED 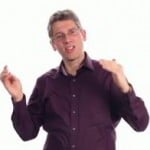 This introduction runs just over 8 minutes, and if you haven’t been following the series, can see previous videos at the SanctuaryLesson Vimeo Channel or onThe Youtube Bogichannel (also in German). You can access this week’s video on Youtube, or you can view it on Vimeo below: [weaver_vimeo http://vimeo.com/82141344 percent=100 autoplay=0 loop=0  title=1 byline=1 ] WEEK … END_OF_DOCUMENT_TOKEN_TO_BE_REPLACED 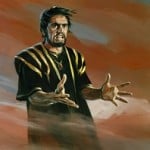 Read Ezekiel 28:12–17 and Isaiah 14:12–15. What do these verses teach about Lucifer’s fall? At first glance, Ezekiel 28:12 seems to be talking about only an earthly monarch. Several aspects, however, suggest that this is really referring to Satan. For starters, this being is referred to as the anointed cherub “who covers” (Ezek. 28:14, NKJV), … END_OF_DOCUMENT_TOKEN_TO_BE_REPLACED 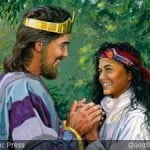 I have a couple of young male friends who once made a science of flirting. They read books about it, fastidiously putting what they learned into practice. Until talking to them, I never knew of the volumes of material written on the subject. I assumed people just followed their instincts. No. Flirting has been raised … END_OF_DOCUMENT_TOKEN_TO_BE_REPLACED 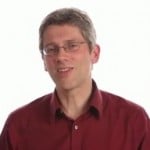 Martin Pröbstle has another 8-minute introduction to this week’s lesson on Vimeo and on Youtube. If you’ve not seen the previous ones, we suggest you review them now at Sanctuary Lessons on Vimeo or on The Youtube Bogichannel (also in German). It will be a great review for a subject which we, as a church, … END_OF_DOCUMENT_TOKEN_TO_BE_REPLACED