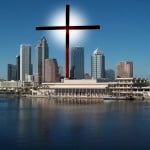 Satan knows our salvation is found in the love of God. Therefore he does his best to misrepresent the love of God that shines from the cross. One horrendous way he does that is by presenting a “gospel” in which the unbeliever, instead of perishing, is burned and tortured throughout the ceaseless ages of eternity. Another way he skews … END_OF_DOCUMENT_TOKEN_TO_BE_REPLACED

If God is all-knowing, He must have known that the beautiful angel Lucifer would sin and rebel against God’s government. So why did God create Him?  That’s the question someone asked on our Facebook page this week, and it’s like the similar question, “Why did God create Adam, if He knew that Adam would sin?” … END_OF_DOCUMENT_TOKEN_TO_BE_REPLACED 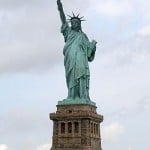 Today in the U.S. we commemorate the signing of America’s Declaration of Independence from Great Britain on July 4, 1776. When we finally won the war in 1783, America (named the United States in 1777), became a “sovereign state.” Notice the word “reign” in “sovereign,” indicating that we reign over ourselves. Are you thankful as … END_OF_DOCUMENT_TOKEN_TO_BE_REPLACED 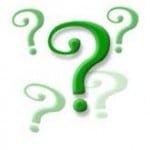 Al Brown lived with his wife on the corner less than a block from my house. I spent a lot of time visiting them in their little house on the edge of twenty acres of pastureland.1 You could just get past the door at the Browns’ house before you were in the doorway to the kitchen. … END_OF_DOCUMENT_TOKEN_TO_BE_REPLACED