Today in the U.S. we commemorate the signing of America’s Declaration of Independence from Great Britain on July 4, 1776. 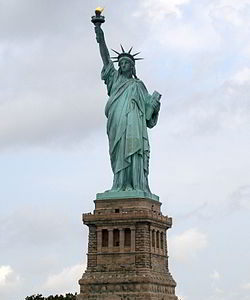 When we finally won the war in 1783, America (named the United States in 1777), became a “sovereign state.” Notice the word “reign” in “sovereign,” indicating that we reign over ourselves. Are you thankful as I am for this? It came as a free gift to us, but at the ultimate cost to a host of forgotten soldiers. No other nation reigns over us because numberless heroes died for our freedom.

God has made each of us sovereign in that same sense. No other person chooses for us. Ultimately, our choices determine our destiny. I’m not denying that God is the King of the Universe. I’m even willing to say that He knows and even predestines the future. But at the same time I affirm that within the panorama of His plan, we image-bearers plan and execute, and therefore self-determine, through a mysterious thing called free will.

Sometimes I do a little exercise that helps me appreciate this mystery. I come up with several scenarios and imagine myself pursuing them. Then I speak them out loud, beginning with “I could.” For instance:

-I could start a vegan restaurant in downtown Philadelphia.
-I could go back to performing music full time.
-I could start an inner city drug rehab facility.
-I could retire early and try to live off my garden.
-I could give up all my hobbies and work out till my muscles bulged.
-I could start breeding Angora rabbits and develop a sweater business.
-I could devote the remaining years of my life to breeding teacup Pomeranians.
-I could get a graduate degree in turfgrass management (yes, one exists).
-I could have a sex change and become a Zen Buddhist monk.
-I could leave Christianity, become a Satanist and pursue witchcraft.
-I could kidnap my daughters and sell them into human trafficking.

My “I coulds” began with the likely and progressed to the absurd. That second to last item sounds almost blasphemous, and the last is horrific, unthinkable; but I mention them all for a purpose. It’s good for us to realize that God gives us the freedom to do evil as well as good. Understanding our potential for wickedness puts us in touch with our power. It moves our locus of control from outside of ourselves to deep down in the tissues of our own wills. It tells us to stop playing the victim, to grow beyond children, “tossed here and there by waves and carried about by every wind of doctrine, by the trickery of men, by craftiness in deceitful scheming” (Eph. 4:14), and grow up into our God-given dignity and potential.

God’s kingdom operates from a foundation of freedom. Think of it: God values free will more than numbers of people. God would rather save one person who worshipped Him from choice than a whole cosmos of robots. He could “save” all 6,894,594,844 people in the world right now with a snap of his holy fingers if He so chose. He could even raise from the dead the estimated 107,602,707,791 who have ever lived and herd them into heaven as well. But most of that 114,497,302,635 people would abhor everything about heaven—the vegan food, the celestial music, the absence of sex and substances, and most of all the rapturous cries of “Worthy is the Lamb!”—because they’d never worshipped God from choice. God would rather have one, just one, freely loving Him than 114,497,302,635 showing up as if at gunpoint.

Do you appreciate your freedom? Let’s see it through the eyes of a lady named Edith Eva Eger. Edith lived through the Holocaust. She watched her mother die at Auschwitz; a German guard broke her back; and she endured the Brno “death march” of 35 miles from Germany to Austria. Finally wasting away to forty pounds, she found herself on a heap of bodies, left for dead. Just then the war ended. An American soldier saw her hand move and summoned help, so that she lives today to tell her story.

Edith remembers that some in the camps resorted to cannibalism to fend off the starving. “I chose to eat grass,” she says, “And as I sat on the ground, selecting one blade over the other, [I told] myself that even under those conditions I still had a choice—which blade of grass to eat.”

Nothing can take your freedom from you; God Himself has secured it. Your material security, your health, your job, your status, your loved ones and your friends—all these can be taken away in a moment. But nothing short of brain damage can take your ability to choose. We fail to appreciate this treasure. We fear the responsibility of it. We’d rather blame, complain, react, and generally wallow in the juices of our own imagined helplessness. Edith says, “The biggest concentration camp is in your own mind.” I would like to personally celebrate my freedom today, won on the battlefield of Calvary’s blood, by walking out of my personal, self-imposed Auschwitz. Will you come with me?