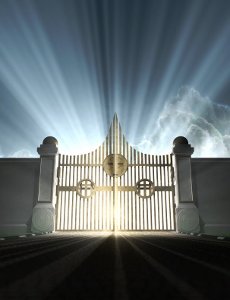 Bound, beaten and bruised he stands as a Royal King. He is in the clutches of the most powerful kingdom on Earth. He has no advocates and a chorus of voices are crying out for a sentence of death. There standing before Him, holding the scales of life or death, is the powerful governor of Rome.

With wonder Pilot examines the Accused and notes the peace that He has while all around a storm of anger and hate is raging. He is hesitant to pronounce Jesus guilty. There’s something profound about His kingly bearing – something Pilate has never seen in any man, let alone a prisoner.

Then Pilate entered the Praetorium again, called Jesus, and said to Him, “Are You the King of the Jews?” Jesus answered him, “Are you speaking for yourself about this, or did others tell you this concerning Me?” Pilate answered, “Am I a Jew? Your own nation and the chief priests have delivered You to me. What have You done?” John 18:33-35

It is the answer that Jesus gave next that we will examine for this week’s lesson on Christ’s Kingdom and the Law. This exchange is filled with vital insight into Christ’s kingdom.

Jesus answered, “My kingdom is not of this world. If My kingdom were of this world, My servants would fight, so that I should not be delivered to the Jews; but now My kingdom is not from here.” Pilate therefore said to Him, “Are You a king then?” Jesus answered, “You say rightly that I am a king. For this cause I was born, and for this cause I have come into the world, that I should bear witness to the truth. Everyone who is of the truth hears My voice.” John 18:36-37

Jesus’ words pierce Pilate’s mind and reveal that there is a kingdom beyond what mortal eyes can see. Not only can he not see it with the natural eye, he has no control over its events. The invitation is his to accept but to do so would mean the renunciation of all he holds dear. His pride and arrogance, ambitions and lusts must cease at its gates. He must yield all, or he would lose all.

But this is not an ordinary kingdom. Christ’s kingdom is a kingdom of truth, and the revelation of this truth is dependent upon receiving and appropriating the words of Christ. Truth by its very nature entails absolutes. There is right just as there is wrong. It is not left up to our own interpretations or moral musings. Cheap grace that ignores the divine requirements of God is as deadly as a life that ignores the existence of God.

There is a way which seemeth right unto a man, but the end thereof are the ways of death. Proverbs 14:12

Jesus saith unto him, I am the way, the truth, and the life: no man cometh unto the Father, but by me. John 14:6

That fateful day, bound and treated as a dangerous criminal, Jesus stood victorious as a conquering King. Although abused He could never be annihilated. His enemies who thought to erase Him and His influence were only extinguishing their own glorious future. But thanks be to God, the long-suffering invitation to the kingdom of Christ they rejected that day is still being offered to all who hear His voice.

Today, if you will hear His voice, do not harden your hearts. Hebrews 4:7

We close this quarter’s lessons with the ever encouraging words Jesus spoke to His followers. They are words overflowing with promise and hope and an assurance that we are not forgotten:

Let not your heart be troubled; you believe in God, believe also in Me. In My Father’s house are many mansions; if it were not so, I would have told you. I go to prepare a place for you. And if I go and prepare a place for you, I will come again and receive you to Myself; that where I am, there you may be also. John 14:1-3