The recent events taking place across the US have been both heart breaking and mind boggling. As a millennial Adventist I can remember a time when I quite comfortably praised the decline of racial tension and looked happily into a future in which such things would be relegated to the basement of civilization. Progress was good, or so it seemed. 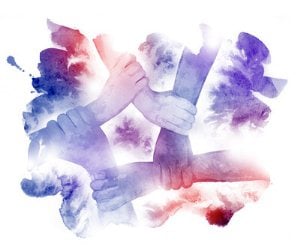 However, recent years (and days) have destroyed my false picture of reality. Racial tension lives on, not simply in trivial rally’s packed with social rejects and inconsequential subcultures but in the very fabric of our society.

But the events of Dallas and Baton Rouge have done more than remind me how messed up the world is. They have also reminded me of the immense opportunity we Adventists have. As a people, we have a responsibility – not just an option – to fight for justice and equity in this world as we await the soon return of Jesus. I say responsibility because Adventism, at its very core, is inseparably linked to social justice. Don’t believe me? Here are a few examples:

Creation: The belief that we were created by a loving God, in his image, for the purpose of relationship shows that all of human life is valuable and precious. As a result Adventists should stand for human rights and equality among all of humanity including equality of women and children. We should also be active in the fight against slavery (surprisingly prevalent in the world today especially in the context of sexual slavery), child labor, abortion, human trafficking, domestic and workplace abuse, bullying, racism etc.

We should be deeply involved in supporting ministries for the homeless, the abused, the battered women shelters, and should sound a loud cry against genocides, war crimes (such as what we see in Syria right now), and the mistreatment of any human being whether they be an illegal immigrant, an atheist, a Muslim, a criminal, a homosexual, or anything else.*

According to the creation model, all humanity is Gods creation and regardless of our choices we all deserve basic human rights.

Sabbath: The Sabbath is a memorial of Creation. As a result, everything said above applies. However, the Sabbath commandment also highlights the value of foreigners and animals. As a result, Adventists who honor the Sabbath should do so by not simply resting but fighting for the rights of those who never get to rest such as slaves and victims of human trafficking. Likewise, the Sabbath is an equalizing commandment that places all people regardless of race or social status on the same level. As Adventists, we should allow our Sabbath-narrative to move us toward the fair treatment of immigrants, women, and animals. While we may be polarized as to how we deal with the whole “immigration problem” we should not be polarized as to how we deal with immigrants. They, as much as anyone else, are human beings and deserve to be treated with hospitality and compassion.

Growing up Adventist the only thing I ever noticed Adventists involved in was the fight for Religious Liberty due to our belief in Sabbath. And that’s awesome! We totally need that and have done pretty well at it. But religious liberty only benefits the religious. We need to take a stand that will provide justice for all people and the Sabbath calls us to much more than just religious liberty.

Christs Ministry in the Heavenly Sanctuary and the Second Coming: The teaching that Christ began his final work for humanity in 1844 and whose second coming is now at hand has serious implications for our culture. Firstly, it is a huge call to missions and gospel centered humanitarian work of which Adventists do very well at internationally. However, looking at the churches around me here in America I would never even come close to guessing that we have such an urgent message for the world as 1844, the investigative judgment, and the second coming.

As a matter of fact, it would seem that the rest of the evangelical world is the one that has that package simply by the way many of them do church. Many of our churches are dead. Many of them are not preparing anyone for the judgment or the second coming. On the flip side, many other churches are community centers that reach out and heal the broken through divorce ministries, addiction recovery, teen outreach, friendship evangelism, health evangelism, etc. while many SDA churches are simply Sabbath morning clubs. The saddest part is we wont baptize a person who still smokes or drinks, but if they want help in quitting they are, by and large, on their own.

1844, the investigative judgment, and the second coming call us to step out of our spiritual myopia and become actively involved in helping the addicted, the broken, the lonely. It is a call to reach out to this lost world with more urgency than ever before that they may come to know Christ and his cleansing blood. However, we don’t just do that by going into a city and hosting an evangelistic series at a church no one wants to go to. We do this by making our churches centers of healing and hope and by going out into the community and meeting their needs, supporting their children’s education and schools, teaming up with agencies like the food bank and providing food for the hungry and help for the poor. In doing so we will be more effective in preaching the 3 angels messages than we are by simply preaching sermons.

Christian Behavior: This doctrine calls Christians to live lives that honor God. This includes choosing amusement, entertainment, dress, and foods that honor God. Herein is so much we can stand for. While the rest of the Christian world is making leaps and bounds in creating high-quality Christian entertainment including movies and music Adventists seem to be lagging way behind. Adventists also appear to have little to no voice in the fight against the pornography industry which breeds objectification and is linked to crimes such as rape and sexual slavery.

And what about food? Adventists have been preaching the health message for decades now, but we have dropped the ball on it. For many of us the health message consists of “don’t eat unclean meats, drink, or smoke and you are healthy” while nothing could be further from the truth. Many vegetarian and vegan Adventists are just as obese and unhealthy as meat eaters. In addition, many who are healthy are not really healthy. This is because health is not only physical but social, mental, spiritual, and sexual – an holistic emphasis I never heard as a young Adventist.

Adventists should have been leading the way in health evangelism, however, a recent article in Christianity Today shows that it is the rest of the evangelical world that is doing so.** They are publishing best sellers and some churches are even building fitness facilities. One such church built a fitness facility for the community and went from 200 members to 8,000 in six years. Now, I am not suggesting that this is a competition and that everyone else is beating us at it so we need to run faster. I am simply suggesting that we have had this message all along and have not done what we could with it. And its not just our brothers and sisters from other denominations doing this, its the secular world as well. Our culture is enamored with preventative medicine right now. Awesome documentaries about health, longevity, the food industry, and the benefits of vegetarianism are all being made by agencies who have no burden for Christ and his salvation. We need to take a more active stand against obesity and sugar, the unethical practices of the food industry, and better nutrition and fitness programs for public schools.

So the question now is, how can we take a stand on all of these issues and at the same time not become hate spewing activists? The answer is found in the following Adventist doctrine:

Great Controversy: The belief that humanity is deeply involved in a war between Christ and Satan should influence the way we interact with our culture. Every ounce of wickedness in this world is a symptom of this horrendous war. And at the center of this war is a distortion of the character of God. It is this distortion that keeps so many people away from God and causes the culture to despise God. As a result, while Adventists should be activists and take a stand on many relevant issues we must always do it with the Great Controversy in mind – remembering that our enemy is not sinners but sin, not humans but demons.

Our responsibility in being activists is not simply to show the world what we are against but to show them what we are for. To show them the love of God in a way that has never been seen before. This is what Jesus did. While he hated sin his modus operandi was showing love to the sinner. The character of God has been so maligned over the centuries that being an activist with a hateful “me vs. you” attitude will only hurt more than it will heal. God is calling us to reveal his character of love to the world. This must be our main priority. No matter what cause we choose to engage in and support the people on the “other side” must never get the impression that we hate them.

In addition, the Great Controversy helps us to remember what is really important. Many people involved in activism become obsessed with their cause. Christians cannot afford to do this. Jesus and his saving grace should be the our theme and song. It is not healthy to approach any of these causes with an obsessive legalistic attitude that breeds elitism, bigotry, and conspiracy theorizing which leads to the demonization of everything and everyone in our culture. Jesus. His love. His grace. His power. This is to be the heart-beat of our activism. If it is, I believe we can engage in these causes in a way that will promote healing, kindness, and love.

So there you have it. Just a brief overview of some of Adventisms core beliefs. Adventism isn’t simply compatible with social justice, it oozes it! The question is, do you? And if you don’t, is it possible that you have missed the heart-beat of the story Adventism tells? And if you have, then take the opportunity right now, in prayer and repentance, to be reborn into a Christian experience that embraces the responsibility to stand for justice and equity for all.

Note: This blog was originally published under the title “Adventism and Activism”. It has been rewritten and republished at thehaystack.org.
__________

* For the sake of clarity, let it be known that I am in no way shape or form equating any of the practices and lifestyles mentioned in this statement with one another.