↓
Home→Feature→Amazing Conversions in the Last Days

And at the end of the time I, Nebuchadnezzar, lifted my eyes to heaven, and my understanding returned to me; and I blessed the Most High and praised and honored Him who lives forever: Daniel 4:34 NKJV

Do you pray for the salvation of your political leaders or do you think they are so corrupt there is no chance of them being saved?  There are some pretty cruel memes going around social media these days bashing both conservative and liberal leaders. Sadly many of these are shared by professed Christians, even when it is documented that the memes are fake news.. I can’t see Daniel sharing fake news if he had had Facebook in his day. I can’t see Jesus posting cruel fake news memes about the Roman Emperor in His day either. I believe Daniel and Jesus were both too busy praying for the salvation of others to be wasting time mocking them on whatever social media venues were available in their day. Jesus may have been less than complimentary of some of the leaders in His day, but he did nothing out of spite or self-vindication. Even his rebukes had redeeming value. 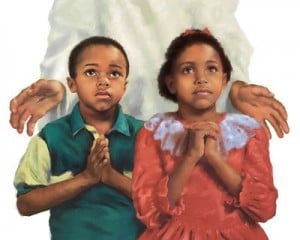 If you think certain political leaders are too far gone to be saved, let me encourage you. In Daniel 4 we an extremely pagan ruler become converted. The first six chapters of Daniel are filled with stories that will be repeated as the prophecies in the last six chapters unfold. The image in Daniel 3 is similar to the mark of the beast. I believe if Daniel 3 repeats itself, then Daniel 4 will repeat itself as well. I believe some ruthless pagan political leaders will be converted in the last days. Why else would Daniel 4 be in the middle of other stories that are to be repeated in the last days?

But even if leaders are as evil as some people believe, as Christians we have the example of Christ who, “when he disputed about the body of Moses, dared not bring against him a reviling accusation, but said, ‘The Lord rebuke you!” (Jude 9 NKJV) If Christ did not dare to insult and accuse Satan himself, how do we dare insult and accuse another human being? Especially when we don’t really know these leaders personally and have no clue about their personal life.

As we prepare for the end time, instead of using means that even the world recognizes as immoral, such as fake news, lies and gossip to bash political leaders who we think are pagan, let’s instead pray for their conversion.

Therefore I exhort first of all that supplications, prayers, intercessions, and giving of thanks be made for all men, for kings and all who are in authority, that we may lead a quiet and peaceable life in all godliness and reverence. 1 Timothy 2:1-2 NKJV

I believe by praying in the last days the way Jesus and Daniel prayed in their days, we will see some pretty amazing conversions in our day.