Mo is a pretty cool dude. I don’t say super cool because, after all, he is my brother and so pretty cool will have to do. (I’m sure such a “theorem” would be reciprocated by a hearty “my sentiments exactly” on his part.) Anyhow, the point is he’s pretty cool. 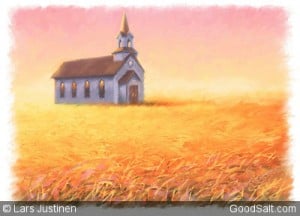 Now Candice, my special lady, is awesome. This awesome lady of mine was clever enough to plot a secret reunion between my pretty cool brother and my pretty cool self. She said it was a surprise to celebrate my recent liberation from the tyranny of biblical languages (I just recently finished my last ancient Greek class), but I’m sure that having my mother in town for a visit had more to do with it.

Now onto my main point. Mo and I were raised Seventh-day Adventists all of our life. At the age of 17 I decided to follow Jesus. Mo went a different direction and has stuck to it ever since. For many years I have wondered why he walked away from the faith of his youth. Being highly intelligent, scientific, and analytical would have been a challenge for him,  especially when my father rejected his scientific explanation of where the wind came from and instead insisted, very dogmatically of course, that God had a room in heaven with wind trapped inside. Whenever he wanted the wind to blow he would open the door. Whenever he wanted it to not blow he would shut it. Though I have no proof of this, I wonder if Mo’s brilliant mind wrestled with such an irrational concept, thus planting the seed for a growing discontent with Christianity.

Regardless of what reason (or perhaps reasons) led Mo out of the church one thing is certain: his experience was, to be quite generous, bitter. You see, Mo and I share a craving for authenticity that we acquired from our culture. We want answers, not cliches. We want truth, not opinion. We want a faith that is logical and rational – free from fanaticism, phobias, and unreasonable superstitions. We want Bible, not dogma and traditions. We want relationship, not religion. And most of all, we want honest and open dialogue not absurd, irrelevant, and simple-minded solutions. Authenticity. That is what we crave. And that is what the church failed to give.

You see, Mo grew up in a church culture that told him it was bad to go to the movie theater even though we could go to the elder’s house and watch mindless killing and gore. It was OK, was the message, so long as it is in a house. But don’t go to the theater! Your angel wont follow you in there and if you die there you will go to hell. Irrational, anyone?

Mo grew up in a church that told his lady friends it was bad to wear pants to church, or anything too revealing for that matter, even though every Saturday night half of the members were glued to the infamous Sabado Gigante game-show with half naked women parading their curves on the TV screen for all the choir singers, elders, and deacons to enjoy. Hypocritical, anyone?

Mo grew up in a church where the leaders were only concerned with whether or not you were a good church member. Do you cry yourself to sleep at night because you are lonely and depressed? We don’t care. Just make sure you don’t let your hair grow too long and you have a tie on when you show up on Sabbath. Absurd, anyone? Yes, Mo grew up in a church where the leaders spoke to you when you were in trouble and ignored you the rest of the time. A church that wanted to erase him from membership because he joined the Army even though not a single one of those involved in this proposition had ever sent him a letter of encouragement or called him to offer a prayer. A church where lack of biblical knowledge prompted an “Ellen White said” that was supposed to settle the issue once and for all. A church steeped in simple-mindedness, irrationality, and flat out extremism at times.

For a mind craving authenticity, I conclude that the phonyness was simply too much to bear and the highways and byways of the world, complete with their own set of phonyness, somehow seemed more fulfilling than the dictatorial corridors of his childhood faith.

Over the years I have come to shed many of the absurd and nonsensical standards of my upbringing and have come to discover a simpler yet infinitely more complex relationship with God. With all of the cultural baggage that my traditional Hispanic culture brought to Christianity gone, I can now see Jesus and his love much clearer than ever before.

I no longer believe that a true Christian is only the one who fits into my brand of Christianity. I have met wonderful Christians who are covered in tattoos, who enjoy the bouncy feel of dread locks, and who go to church without a tie on. I have experienced Hawaiians who worship God in Hula shirts and flip-flops. I have experienced theologians who enjoy sporting a fro-hawk.

I have experienced Jesus among the real, the genuine, and the broken. I have experienced doubts and wrestled with them. I have come to realize that God, the multiplex deity of the cosmos, is paradoxically simple. He invites me to have a relationship with him and to let my life be an outflow of that relationship. As Jesus once said,

And as my friend Amir Davis once said, “Do the Ten. Love God. Love Men. Take care of your body. And live your life. That’s all God requires of you.” It really is that simple.

I pray I wont have to keep wondering. I pray the era of the Mo’s will come to an end. I pray we learn our lesson.

But that is not the only point of this article. I also want to take the opportunity to appeal to the Mo’s of today. While the church has failed you, it is still within your reach to recognize that Christianity is extraterrestrial and as such it cannot be defined, contained, or limited by human culture. We may have messed it up, but you can look past our faults in the same way we should have looked past yours. While we may look at the church and find much to criticize. we can find neither spot nor wrinkle in the person of Jesus Christ.

Therefore, I leave you with a challenge from Christian apologist Dr. Ravi Zacharias and it is this: “Look at Jesus and ask yourself the question, Can I find anything wrong with him?” The answer may just revolutionize your life.