The speaker was telling us that when Jesus told us to love our neighbors as ourselves, He was saying that we need to love ourselves first. 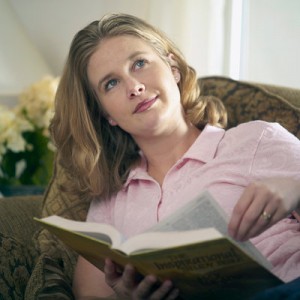 After all, if we don’t love ourselves, we can’t love our neighbors. I was only 15 and was sitting in a girls’ dormitory worship service. But something just didn’t compute for me. It seemed to make logical sense, but it was contrary to what I had read in the Bible and to the example of Jesus Himself.  That was the first but not the last time I heard such teaching in our church.

The teaching of “love yourself” was and is popular in the world. Unfortunately, it has become accepted in the church as well, perhaps because of Freudian psychology that teaches that people act bad because of a bad childhood which produced low self-esteem. So, of course, we need to make sure we and our children have high self-esteem so we can love our neighbors, right?

And then I read some research into the psychology of criminal minds. Did they have low self-esteem as pop psychology would have us believe? Quite the contrary. Violent criminals, in particular, had higher than average self-esteem. 1  And this correlates with thoughts in a book on manipulative personalities which I read just recently. The author points out that Freudian psychology just doesn’t work for overt-aggressive and covert-aggressive (sneaky/”passive” aggressive) personalities. He points out that our society has been so so conditioned by Freudian psychology that we wonder how people got so hurt that they act abusively. And we’re all wrong. That’s because not everybody thinks the same. Some people are just so thoroughly self-centered that they want to dominate. They don’t bother to think about what others might need or want. They want what they want and will do nearly anything to get it. And when we see it that way, we can see that that is exactly the way Satan wants us to think. It is a reflection of his government. 2

But the government of God operates on a completely different principle, the law of self-renouncing love. Christ came to demonstrate the principles of God’s Kingdom on this planet. If He had loved Himself first, He would have stayed in heaven where He belonged. Instead, He gave up His position and His rights to descend to the lowest depths of the universe to die for us the death that is the appropriate “wage” of sin, namely the second death.

Have this mind among yourselves, which is yours in Christ Jesus, 6 who, though he was in the form of God, did not count equality with God a thing to be grasped, 7 but emptied himself, by taking the form of a servant, being born in the likeness of men. 8 And being found in human form, he humbled himself by becoming obedient to the point of death, even death on a cross. (Phil 2:5-8 ESV)

And Jesus told us that we are to love others as He has loved us. (See John 13:34). That doesn’t leave much room for loving ourselves first, does it?