When Jesus cried out these last words, He gave up His breath, and rested in the tomb on Sabbath. Four thousand years earlier, He had finished creating the world and rested on the Sabbath. Adam and Eve rested too on that very first Sabbath, though I don’t think they were really tired. They were not in need of physical rest. I can imagine God walking them through the garden that first Sabbath and showing them all of His works. They realized on that first Sabbath, 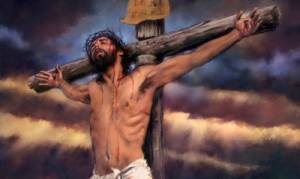 Likewise, when Jesus cried out 4,000 years later from the cross, “It is Finished” He was not only our Creator but also our Redeemer. Not only had He created us, not we ourselves, but He also redeemed us, and not we ourselves. Jesus is the author and finisher of our creation and re-creation.

The Sabbath takes on a special meaning after the cross and makes it dearer and more special than ever before. After His resurrection, Jesus did not indicate that Sunday was a sacred day. Rather when He told Mary not to touch Him because He must ascend to His Father, He was recognizing Sunday as a work day and not a day of rest. He rested on Sabbath and then rose on Sunday because He had to see His Father and get back to work!

Or do you not know that as many of us as were baptized into Christ Jesus were baptized into His death? Therefore we were buried with Him through baptism into death, that just as Christ was raised from the dead by the glory of the Father, even so we also should walk in newness of life. For if we have been united together in the likeness of His death, certainly we also shall be in the likeness of His resurrection, knowing this, that our old man was crucified with Him, that the body of sin might be done away with, that we should no longer be slaves of sin. Romans 6:3-6

When we follow Christ’s example of resting on the Seventh-day Sabbath, we are recognizing that Jesus finished all the work in saving and redeeming us. We rest from our works on the Sabbath and rest our faith in Jesus. in Baptism we crucify our own works of flesh when we go down into our water grave. We come up out of the water, taking a new breath and living a new life that God has created and not we ourselves. Jesus is the author and the finisher of our creation and our re-creation.