Probably all of us can remember a time when we were homesick. Can you remember coming home after being away for more than just a weekend? You just can’t get there fast enough, right? I’ve even read that animals can sense when they are going home. 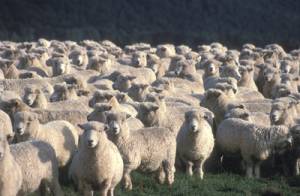 “Shepherds say that sheep that have spent the summer in the high country and are on their way back to the shepherd’s fold anticipate their homecoming. Even though they have to go through difficult terrain and sudden storms that make them cold and wet, you can sense in the flock an excitement and enthusiasm as they come nearer and nearer to the shepherd’s fold.”1

My first year out of college I got a job teaching at the junior academy in Indianapolis. I packed up all my worldly belongings and moved into an efficiency apartment in a tall apartment building all by myself. It was one of the loneliest years of my life! As the school year came to an end, I realized just how much I did not want to spend another year so far from my family, but I also felt like I was failing at the whole adult, living-on-my own thing. I hated to make the call to my folks to tell them that I wanted to come home. My mom had redone my bedroom so that it actually looked like a guest room and I was messing up all of her careful redecoration, not to mention not letting my parents enjoy the whole empty nest thing. Even so, as soon as I called, my mom was on a plane to Indianapolis to pack me up and move me back home. I still felt kind of guilty though – until about a month or so ago.

My older son moved to Loma Linda about a year and a half ago. Just about four months ago, we redecorated his room into a sewing room – filled his dresser with lengths of fabric, moved in my sewing machine and a table to cut patterns on, moved a couple of the things he’d left behind into the garage. Then he called and said he’d put in his two-week notice and he wanted to move back home.

I flew out to meet him, packed up his car and headed for Texas. I teased him a bit about changing my sewing room plans. My younger son suggested that I lay out a pattern on his bed, asking him not to disturb anything, and sleep on the couch, but I don’t want him to ever think that where my sewing machine sits is more important than he is.

I think sometimes when we think of going to Heaven, we think about how we will feel. But try to imagine for a minute how God will feel. He’s been separated from us since Adam and Eve sinned. We forget that God has been holding our rooms ready in Heaven all this time, just waiting for the moment when He can come to bring us Home.

“The Lord your God is in the midst of you, a Mighty One, a Savior [Who saves]! He will rejoice over you with joy; He will rest [in silent satisfaction] and in His love He will be silent and make no mention [of past sins, or even recall them]; He will exult over you with singing.” Zephaniah 3:17 AMP

STOP! Go back and re-read that verse – try to let it sink in. Get a mental picture of God … GOD, Himself, rejoicing over you, singing with joy because of you. Can you wrap your mind around that? I’m not sure I can. It’s hard for me to imagine the enormity of God’s love for each of us, no matter what we’ve done.

“Little did the … thoughtless youth, as he went out from his father’s gate, dream of the ache and longing left in that father’s heart. When he danced and feasted with his wild companions, little did he think of the shadow that had fallen on his home. And now as with weary and painful steps he pursues the homeward way, he knows not that one is watching for his return. But while he is yet ‘a great way off’ the father discerns his form. … He ‘had compassion, and ran, and fell on his neck’ in a long, clinging, tender embrace.

“… In his restless youth the prodigal looked upon his father as stern and severe. How different his conception of him now! So those who are deceived by Satan look upon God as hard and exacting. They regard Him as watching to denounce and condemn, as unwilling to receive the sinner so long as there is a legal excuse for not helping him. His law they regard as a restriction upon men’s happiness, a burdensome yoke from which they are glad to escape. But he whose eyes have been opened by the love of Christ will behold God as full of compassion. He does not appear as a tyrannical, relentless being, but as a father longing to embrace his repenting son.

“Do not listen to the enemy’s suggestion to stay away from Christ until you have made yourself better; until you are good enough to come to God. If you wait until then, you will never come….
“He will bring you into His banqueting house, and His banner over you shall be love. (Song of Solomon 2:4) ‘If thou wilt walk in My ways,’ He declares, ‘I will give thee places to walk among these that stand by’ even among the holy angels that surround His throne. (Zechariah 3:7).

“‘As the bridegroom rejoiceth over the bride, so shall thy God rejoice over thee.’ Isaiah 62:5. ‘He will save, He will rejoice over thee with joy; He will rest in His love; He will joy over thee with singing.’ Zephaniah 3:17. And heaven and earth shall unite in the Father’s song of rejoicing: ‘For this My son was dead, and is alive again; he was lost, and is found.’”(E.G. White, A Call to Stand Apart, page 13)

Even though it’s hard to comprehend with our sinful, human minds, God is more anxious for us to be with Him than we are! He has been planning our “Welcome Home” celebration and making sure our mansions are just right. He’s ready for us. Are we ready to go home?

Time is now fleeting, the moments are passing,
Passing from you and from me;
Shadows are gathering, deathbeds are coming,
Coming for you and for me.