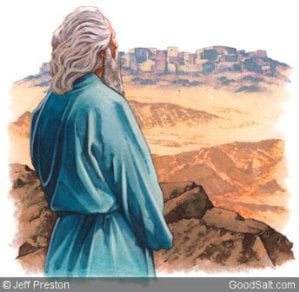 In the above two verses we have some of the Bible’s earliest references to how humanity is to relate to the created world. Read them over prayerfully and carefully, thinking about them in the context of creation care and environmental concerns, and then answer the following questions.

1. How complete was humanity’s control over the earth to be?

2. What does it mean to subdue and to have dominion over the earth and all that was in it? What, if anything in the texts, gives humanity the license to abuse and defile that creation?

3. Genesis 1:28 says that they are to “replenish the earth.” The literal Hebrew means to “fill the earth.” How might that be understood in regard to the question of how it should be treated?

No question, humanity was to rule over the earth, at least under the power and direction of the Lord. The fact that these verses were given in the pre-Fall world, a world without sin and death and suffering, should teach that whatever dominion over the world means, it doesn’t mean a violent exploitation and plundering of the world, for those things certainly would not have happened in a world before sin. Whatever subduing and dominion entailed, it didn’t entail destroying that world.

Of course, a lot has changed since then: the Fall, the Flood, and the curse (Gen. 3:17–19), and the general degeneration caused by sin as a whole. Yet, one would be hard pressed to see in these texts anything that justifies the plunder and ruin of the planet itself. If anything, we can see in these texts humankind’s responsibility, as ruler of the world, to take care of it because God created it, and it was “very good.”