Avianca Flight 52 left Bogotá Columbia January 25, 1990 headed for JFK airport in New York. That particular day there were several storms on the eastern coast of the United States forcing Flight 52 to go into holding patterns over a few cities to avoid the storms. Because of this, once they got to New York, they were literally running out of fuel. In only minutes they would be on empty. The cockpit radioed to the control tower that they were “running low on fuel.” The control tower did not take this as a signal of distress. They figured every flight from South America is low on fuel by the time they get to New York. But Flight 52 was not just running low on fuel. They were literally running out of fuel! It was an emergency situation, but the cockpit was much too polite to be more assertive and tell the tower it was an emergency situation. To the air traffic controllers “low on fuel “did not mean on the verge of empty or emergency situation. So the tower put Flight 52 into another holding pattern as other planes landed. While waiting, Flight 52 ran out of fuel and crashed on Long Island, killing almost half of the 158 people on board.

During the investigation, in listening to the conversations on the black box, it was discovered that the word “emergency” was never used by the cockpit. If the cockpit had been more assertive and used that word instead of just hinting at running low on fuel, the tower would have put them first in the queue. 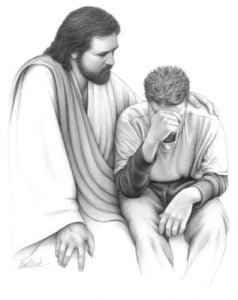 During these days of isolation or any time, really, you may be lonely or depressed and, because of social distancing, others may not pick up on it, just like the control tower was not picking up on the hints given by the cockpit that there was an emergency. If you are depressed or lonely and need someone to talk to please do not leave subtle hints. Make it clear to those around you that you need help!

In my early 20’s I enjoyed going out to eat with friends on Sunday nights as a way to have a little fun before the weekend ended. One Sunday night I called a friend to see if he and his wife wanted to go to Mazzios. He told me they were tired and wanted to just stay in. I told them fine, and I would talk to them later. As I began to hang up, my friend said, “Wait a minute, William. Do you need someone to talk to? If so, we can go.” I told my friend that I was just fine and just thought it would be fun to go out. That’s all. My friend then replied, “Okay then we will just stay home and go out another time.” I thanked him and called another family with whom I went out to eat.

I have never forgotten that phone call. While the control tower failed to realize the emergency situation of Flight 52, and the cockpit failed to make it clear that there was an emergency, leading to a miscommunication which led to scores of deaths, my friend wanted to make sure there wasn’t an emergency situation he was not picking up on. He asked me to make it clear if I needed someone to talk to that night. He would not allow any miscommunication or leave anything to chance.

Please let’s all be like my friend that night. During these days of isolation and any time really, let’s listen carefully and even ask our friends clearly and openly if they need someone to talk to. Ask plainly if someone may be lonely or depressed. Let’s not let anyone fall off our radar.

If you need help, don’t leave hints. Spell it out clearly to your friends, family, pastors and teachers. Also listen carefully to those who may be crying for help. Don’t rely on hints. Be like my friend and ask plainly and clearly, “Do you need someone to talk to.?”