What do you think of when you hear the word “Jubilee”? Did you know that word is used in the Bible?

“Then on the Day of Atonement in the fiftieth year, blow the ram’s horn loud and long throughout the land. Set this year apart as holy, a time to proclaim freedom throughout the land for all who live there. It will be a jubilee year for you, when each of you may return to the land that belonged to your ancestors and return to your own clan. This fiftieth year will be a jubilee for you. During that year you must not plant your fields or store away any of the crops that grow on their own, and don’t gather the grapes from your unpruned vines. It will be a jubilee year for you, and you must keep it holy.” Leviticus 25:9-12 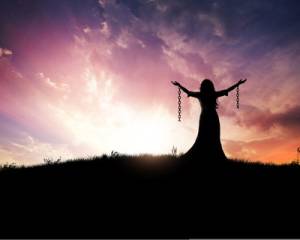 Anybody see a pattern here? Seven days – seven years – seven times seven years … Why do you think that is? Was God just being arbitrary?

I believe God has a purpose for everything He’s ever done and ever will do.

“The regulations that God established were designed to promote social equality. The provisions of the sabbatical year and the jubilee would, in a great measure, set right that which during the interval had gone wrong in the social and political economy of the nation.”

“These regulations were designed to bless the rich no less than the poor. They would restrain avarice and a disposition for self-exaltation and would cultivate a noble spirit of benevolence; and by fostering good-will and confidence between all classes they would promote social order, the stability of government. We are all woven together in the great web of humanity, and whatever we can do to benefit and uplift others will reflect in blessing upon ourselves. The law of mutual dependence runs through all classes of society. The poor are not more dependent upon the rich than are the rich upon the poor. While the one class ask a share in the blessings which God has bestowed upon their wealthier neighbors, the other need the faithful service, the strength of brain and bone and muscle, that are the capital of the poor….” (E.G. White, Welfare Ministry p.174)

Something the world’s farmers forgot about until too late was the concept of giving their land a Sabbath rest. If farmers had been doing it all along, the Dust Bowl of the early 20th century and much farmland destruction could have been avoided.

God planned for the health and well-being (both physical and spiritual) of his creatures at the time He created them. He knew that one of the first things humans would need was rest. Even before Eve sinned, the Sabbath was there.

Thus God set up a special time for Adam and Eve to lay aside their earthly responsibilities and focus on their relationship with their Creator.

I read an illustration this week that told of Marcy was helping her mother look through a box of important papers. When they came across Marcy’s birth certificate, Marcy was shocked. The date on her birth certificate was not the same as the date her family had always celebrated her birthday.

Marcy turned to her mother, “Mom, this paper says my birthday is on October 6th.

“Then why have you always celebrated my birthday on March 10?”

Mom shook her head, “Oh, sweetie, what difference does that piece of paper make. That date isn’t important to us. It was just for the folks in the hospital who keep all those little details straight.

“Your dad and I decided to celebrate the day you took your first steps on your own – on February 10. Now that’s really something to celebrate!

Marcy was speechless, but finally she was blurted out, “But February 10th is not my birthday!”

“Oh, we know,” Mom said, “but it’s a family tradition now. It would be really hard to change. Besides, the date in October just isn’t a good time for a birthday. There’s always so much yard work to do and Thanksgiving and Christmas coming along so soon. But there’s little else going on in February. Really, Marcy, does the actual day make any difference?”*

Would you be bothered if your spouse insisted on celebrating your wedding anniversary on a different day because the actual date was inconvenient and they didn’t want anybody to think they were celebrating the actual date just to make you love them? Sounds kind of silly when we say it like that, doesn’t it?
Why do we commemorate birthdays and anniversaries on the days they actually happened? Because something happened that made that particular day more special than the days around it.

Our weekly Sabbath commemorates the end of the week that God created out world. He set the day aside especially for us. Later, He expanded the meaning of the Sabbath to include His rescuing Israelites (and us) from slavery.

He’ll do the same for us, every single Sabbath. He will release us from our bondage to our earthly cares and He will recreate our hearts as we grow closer and closer to Him.

Keeping the Sabbath isn’t about keeping a law, it’s about filling the craving of our souls for companionship of our Creator and Redeemer.

And how do I feel about a rule that tells me to take one day out of seven and treat it differently – to not do anything that would take my mind and heart away from God? I love it! Think of it this way: When we were little and our parents told us to take a nap, we thought we were being imprisoned and tortured. Later, did   you ever find yourself wishing that someone would order you to go take a nap – make you stop rushing around working and worrying?

It’s a weekly vacation − a foretaste of the real Jubilee in heaven!

*Based on the “Birthday Switcheroo” tract by Randy Fishell