↓
Home→Feature→He Won’t Forget to Pick you up

A family I had studied with called me late one afternoon, asking me to meet them ASAP at the hospital. Their mother was dying, and they wanted prayer. Now I believe that God can hear your prayers for your sick loved one, just as easily as He can hear an elder’s prayer. 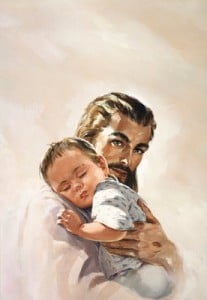 Nevertheless, I met the family in ICU. They told me they were praying for a miracle. One son told me they knew God was going to work a miracle for his mother. He explained that God was going to raise her up right now, or He would heal her, like He did Lazarus, by letting her sleep and then waking her up at the resurrection. Either way it would be a miracle.

We admire people who have the faith to heal a loved one, but what about having enough faith to just let them go to sleep? The son had faith in the miracle of 1 Thessalonians 4:16-18.

For the Lord himself will come down from heaven with a commanding shout, with the voice of the archangel, and with the trumpet call of God. First, the believers who have died will rise from their graves.  Then, together with them, we who are still alive and remain on the earth will be caught up in the clouds to meet the Lord in the air. Then we will be with the Lord forever. So encourage each other with these words.

A few days later his mother fell asleep in Jesus, and his family is encouraging each other with the promises of the greatest miracle yet to come.

There are more Bible prophecies about the Second Coming than any other event. While many prophecies have already been fulfilled, we are certain the prophecies pertaining to the second coming are just as sure.

I understand that while we sleep, when we enter the REM (rapid eye movement) stage, we are actually very close to death. Yet each morning when we wake up, we don’t realize the miracle that has just taken place. I understand there are many mysteries about sleep that medical science is still researching. Could it be that sleep is just our “rehearsal” for the resurrection? That God is just getting us used to falling asleep and trusting Him to wake us up when it is time?

I walked into the church lobby after worship service to find a very distraught elderly lady. She has Alzheimer’s disease, and had forgotten who had driven her to church. She was afraid she was going to be left. I put my arm around her and assured her that even though she may have forgotten who had taken her to church, whoever they were, they had not forgotten her. I told her we all loved her and would not leave her alone. She began to cry like a little girl, as she told me “Thank you very much!” Sure enough her ride found her. She had forgotten them, but they remembered her.

This elderly lady felt like a little child left all alone. When we face the grave of a loved one, or even our own, do we feel like a little child left all alone? We needn’t be afraid. Our Ride to heaven will remember us even if in death we forget Him as we sleep. The same God who wakes you up every morning, the same God who remembered to create you and remembered to redeem you on the cross, is the same God responsible for waking you up when He comes again. Don’t worry, even when in death you forget Him, He won’t forget you!