Read Luke 3:21, Luke 5:16, and Luke 9:18. What do these texts tell you about the relationship between Jesus’ prayer life and His effectiveness in ministry?

Jesus’ life was one of constant divine communion with His Father. At the time of His baptism when He launched His Messianic ministry, He prayed for divine power to accomplish heaven’s purpose. 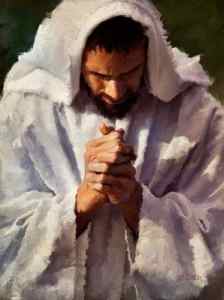 The Holy Spirit empowered Him to do the Father’s will and accomplish the task before Him. Whether it was at the feeding of the five thousand, the healing of the leper, or the deliverance of the demoniacs, Jesus recognized that, in the battle between good and evil, prayer is a mighty weapon to beat back the forces of hell. Prayer is a heaven-ordained way of combining our helplessness and weaknesses with God’s omnipotent power. It’s a means of having ourselves lifted up toward God, who alone can touch the hearts of those for whom we pray.

Effective soul winners are men and women of prayer. Jesus prayed for Peter by name. He reassured Peter that at the time of his greatest temptation, He would be praying for him. Satan understood quite well Peter’s potential for the advancement of the kingdom of God. He planned to do everything possible to destroy Peter’s positive influence in the Christian church. But through all of his temptations, Jesus was praying for Peter, and the Master’s prayers were answered. What a thrilling reality to recognize that the Savior is praying for us, too. He invites us to join Him in this work of intercessory prayer and lift up others by name before His throne.

Our persistence in prayer acknowledges that we recognize our total, absolute dependence on God to reach the individual for whom we are praying.