Compare Revelation 12:7-9, Ephesians 6:12, and 2 Corinthians 10:4. How do these passages influence our understanding of intercessory prayer?

The Bible lifts the veil between the seen and the unseen world. There is a struggle between good and evil, between the forces of righteousness and the forces of darkness, between Christ and Satan. In this cosmic conflict, God respects human freedom. 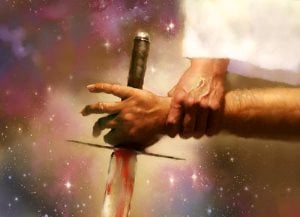 He will never manipulate the will or coerce the conscience. He sends His Holy Spirit to convict men and women of divine truth (John 16:7-8). Heavenly angels enter the battle to influence people for eternity (Heb. 1:14). God also arranges providential events in people’s lives to lead them to Him.

What God will not do is coerce the conscience. Force is contrary to the kingdom of God. Coercion is alien to the principle of love, which is the foundation of His government. Here is where prayer is so significant. Although God is doing everything He can to reach people before we pray, our prayers unleash the mighty power of God. He respects our freedom of choice in praying for another, and He can do more, in the light of the controversy between good and evil, when we pray than if we did not.

Consider this statement carefully, “It is a part of God’s plan to grant us, in answer to the prayer of faith, that which He would not bestow did we not thus ask”. — Ellen G. White, The Great Controversy, p. 525. In the great controversy between good and evil, prayer makes a difference. When we pray for someone who does not know Christ, it opens channels of divine blessing to flow into their lives. God honors our choice to pray for them and works even more powerfully in their behalf.

In dealing with the subject of intercessory prayer, we should humbly acknowledge that we do not understand God’s workings fully, but this should not keep us from continually entering into the blessings prayer offers for ourselves and for others.