Jesus’ goal was to bring out the best in people. Even when the circumstances were unusually challenging, He responded with grace. Luke’s gospel records that the crowds “marveled at the gracious words which proceeded out of His mouth” (Luke 4:22, NKJV), and John’s gospel adds that “grace and truth came through Jesus Christ” (John 1:17, NKJV). His approach to people was disarming. His gracious words touched a responsive chord in their hearts. 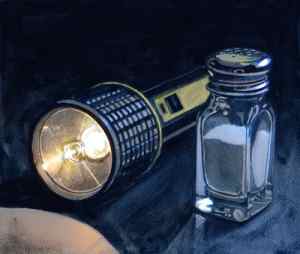 Read Matthew 8:5-10 and Mark 12:34. What hope-filled words did Jesus speak to two unlikely people — a Roman centurion and a Jewish scribe?

Jesus’ statement to a Roman military commander was revolutionary. Think of how this career army officer must have felt when Jesus claimed that He had not found this degree of faith even in Israel. Think also about the Jewish scribe’s thoughts when Jesus said, “You are not far from the kingdom of God”. Jesus had the ability to bring out the best in people. There are few things that go as far as a compliment to open hearts for the gospel. Look for the good in people around you and let them know you appreciate them.

Compare Isaiah 42:3; Colossians 4:5, 6; and Ephesians 4:15. What vital principles do these texts teach us about sharing our faith with others and about our relationship with them?

When our words are encouraging and filled with grace, they have a positive influence on the lives of others. Isaiah’s prophetic words reveal that Jesus would not “break a bruised reed” or “quench a smoking flax”. In other words, Jesus was so compassionate that He was careful not to bruise unnecessarily someone who was just coming to faith or to quench the slightest embers of faith in their hearts.