Read Daniel 7:7-8, Daniel 7:19-25. Who is the little horn power that arises directly from, and remains part of, the fourth beast?

Yesterday we learned that the ferocious animal with ten horns ruling the world with utmost cruelty represents pagan Rome. Now we must consider the little horn and the power it represents. 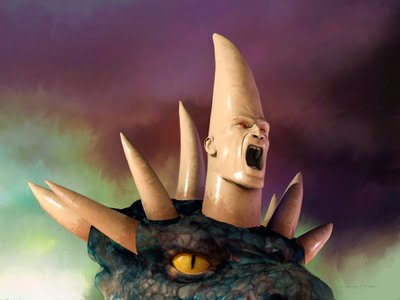 As portrayed in the vision, the fourth animal has ten horns, of which three horns were plucked out to make way for a little horn. This horn has human eyes and speaks “pompous words” (Dan. 7:8, NKJV). It is clear that the little horn emerges from the entity represented by the terrible animal, which is pagan Rome. In a way, the horn extends or continues some features of pagan Rome. It is just a later stage of the same power.

Daniel sees this other horn making war against the saints. The angel explains to him that this horn is a king who will perform three unlawful actions: (1) speak pompous words against the Most High, (2) persecute the saints of the Most High, (3) intend to change times and law. And as a consequence, the saints would be given into his hand. Next, the angel gives the time frame for the activities of the little horn: a time and times and half a time. In this instance of prophetic language, the word time means “year”, and so the expression times signifies years, a dual form: “two years”. Hence, this is a period of three and a half prophetic years, which, according to the year-day principle, indicates a period of 1,260 years. During this time the little horn will mount an attack against God, persecute the saints, and attempt to change God’s law.