↓
Home » Monday: You Have Come to God, the Judge of All

The celebration described in Hebrews 12:22-24 alludes to a future judgment. God, the judge, presides, and books are used, and the result of this future judgment from the books is that God’s people receive the kingdom (Hebrews 12:28). 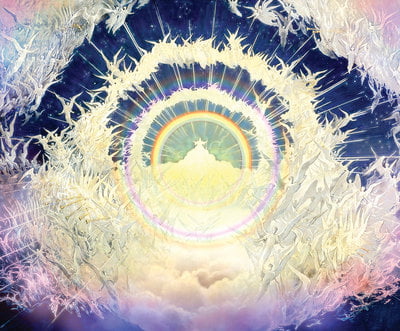 This scene evokes the great pre-Advent judgment described in Daniel chapter 7, which portrays a judgment scene where God, the “Ancient of Days” (Daniel 7:9), sits on a throne made of fire and is surrounded with “ten thousand times ten thousand” (Daniel 7:10) angels. Books are opened (Daniel 7:10), and the judgment is decided in favor of “the saints of the most High,” who then “possessed the kingdom.” (Daniel 7:22).

Similarly, Hebrews 12:22-29 describes a judgment scene at Mount Zion, the heavenly Jerusalem, where God, “the Judge of all,” is surrounded with “thousands upon thousands” of angels (NIV). The scene is also a fiery one (Hebrews 12:29). It includes books because the saints are “enrolled” in them (Hebrews 12:23, ESV), which implies a favorable judgment for the saints.

Jesus is at the center of the scene (Hebrews 12:24). He was described as the Son of Man in Hebrews 2, who was “crowned with glory and honor” after having tasted “death” in our behalf (Hebrews 2:9, ESV). According to Hebrews 2:10, the “son of man” (see Hebrews 2:6, ESV) suffered in order that He could bring “many sons to glory” (ESV); that is, in order that believers would be able to be “crowned with glory and honor” as well. The “Son” has now brought believers into Zion, the heavenly Jerusalem, through the benefits of the new covenant (Hebrews 12:22-24), where they are promised to receive a kingdom (Hebrews 12:28).

This judgment is, then, really good news for believers because it is a judgment that rules in their favor. It vindicates them. It is a judgment that defeats their adversary, the dragon, who is behind the terrible beasts that have persecuted believers in the past (Daniel chapter 7) and will do so in the future (Revelation chapter 13).