But know this, that in the last days perilous times will come: For men will be lovers of themselves, lovers of money, boasters, proud, blasphemers, disobedient to parents, unthankful, unholy, 2 Timothy 3:1-2 NKJV 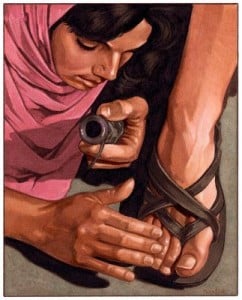 So what goes along with being obedient and holy? Thankfulness does.

Luke 7:1-50 tells a story of a woman who anoints Jesus’ feet with a bottle of perfume, which cost her all she had. At the end of the story, Jesus tells the woman,

What was this faith that saved her? This faith went deeper than belief.

This woman more than believed Jesus would die for her. She appreciated it! In John 8:1-11 this woman could have been killed for her sin, but Jesus took her place. Jesus gave all of Himself for her, and so in that bottle of perfume she gave all of herself to Jesus. It was her way of saying thank you. Her faith was her thankfulness.

Mary Magdalene was so thankful for this love, that her thankfulness perfected her faith.

As Paul said in our opening verse, in the last days many will be unthankful. They will have no appreciation for the cross or grace of God. Their love for money, and willingness to blaspheme God will make them disregard the Sabbath and accept the mark of the beast, so they can buy and sell and put food on the family table. They will not thank God for anything because after all, it was their own works that put that bread on their table.

Another group will not take the mark of the beast. They will rest their faith in Jesus and honor the Sabbath. They will be willing to give up the right to buy and sell because of what Jesus has already given up for them. And when they eat they will give thanks, because they know it was not their works that put bread on the table but rather God’s grace. Thankfulness will perfect their faith, just as thankfulness perfected the faith of the woman, who gave everything to the One who gave everything for her.

Jesus says of the woman who poured that perfume all over Him,

wherever this gospel is preached in the whole world, what this woman has done will also be told as a memorial to her.” Matthew 26:12 NKJV

The first angel of Revelation 14:6-12 takes the everlasting gospel into all the world, and Jesus says wherever that angel takes the gospel this woman’s story is to go along. Her thankfulness led to her faithfulness and righteousness. Thankful people will not take the mark of the beast. Like this woman, they will be too much in love with Jesus to consider such a thing. They will give all of themselves to Jesus because He gave all of Himself for them.

We find this woman at the tomb on Sunday morning. Fear of the Jews may have kept the disciples away, but fear could not keep her away! Nor did any hope of reward lead her there. She did not expect to find Jesus risen. She came only expecting to anoint His body once again. Love alone drew her to Jesus’ body that morning. In that tomb was a Man who loved her like she had never been loved before. She was there to show her thankfulness for that love even if no reward came with it. This is the story that must be preached wherever the gospel and three angel’s message is preached. God does not wish for any legalistic hope of reward or fear of punishment to mar the gospel and three angels’ message. He wants His love alone to draw us to Him the way it drew Mary Magdalene to Him. Perfect faith has but one agenda, and that is to give all of ourselves to Jesus just to say “thank you” for giving all of Himself for us.

May Jesus find in us a thankful heart, so He may say to us,