Read Daniel 3:1-7. What likely motivates the king to make this statue? 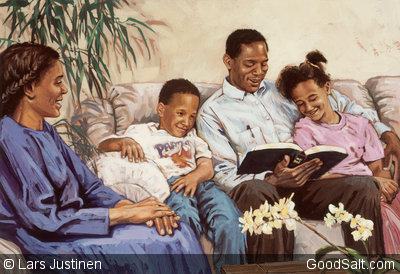 Not satisfied with being only the head of gold, the king wants to be represented by an entire image of gold in order to communicate to his subjects that his kingdom will endure throughout history.

This attitude of pride calls to mind the builders of the Tower of Babel, who, in their arrogance, attempt to challenge God Himself. No less arrogant is Nebuchadnezzar here. He has accomplished much as ruler of Babylon, and he cannot live with the idea that his kingdom will eventually pass away. Thus, in an effort at his own self-exaltation, he builds an image to evoke his power and thereby assess the loyalty of his subjects. Although it may not be clear whether the image is intended to represent the king or a deity, we should keep in mind that in antiquity the lines separating politics from religion were often blurred, if they existed at all.

We should remember, too, that Nebuchadnezzar has had two opportunities to get acquainted with the true God. First, he tests the young Hebrews and finds them ten times wiser than the other sages of Babylon. Then, after all other experts have failed to remind him of his dream, Daniel reports to him the thoughts of his mind, the dream, and its interpretation. Finally, the king recognizes the superiority of the God of Daniel. But surprisingly enough, those previous theology lessons do not prevent Nebuchadnezzar from reverting back to idolatry. Why? Most likely, pride. Sinful human beings resist acknowledging the fact that their material and intellectual accomplishments are vanity and are doomed to disappear. We may at times act like little “Nebuchadnezzars” as we pay too much attention to our accomplishments and forget how meaningless they can be in the face of eternity.