Even in heaven, a perfect environment, Lucifer feels jealous of Christ. “Lucifer was envious and jealous of Jesus Christ. Yet when all the angels bowed to Jesus to acknowledge His supremacy and high authority and rightful rule, he bowed with them; but his heart was filled with envy and hatred”. — Ellen G. White, The Story of Redemption, p. 14. Jealousy is such a dangerous feeling to harbor that in the Ten Commandments themselves, alongside the forbiddance of murder and theft, there is the command against covetousness (see Exod. 20:17). 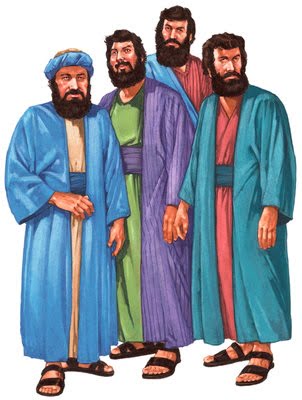 Daniel’s administrative abilities impress the king but provoke the jealousy of other officers. Thus, they conspired to get rid of him by accusing him of corruption. But as much as they search, they find no fault in Daniel’s administration. “They could find no charge or fault, because he was faithful; nor was there any error or fault found in him” (Dan. 6:4, NKJV). The Aramaic word translated as “faithful” can also be translated as “trustworthy”.

Daniel is blameless; there is nothing the officers can do to raise an accusation against him. However, they also perceive how faithful Daniel is to His God and how obedient he is to his God’s law. So they soon realize that in order to frame Daniel, they will have to produce a situation in which Daniel will be faced with the dilemma of obeying either God’s law or the law of the empire. From what the officers have learned about Daniel, they are absolutely convinced that under the right conditions he will side with his God’s law over the empire’s. What a testimony to Daniel’s faithfulness!