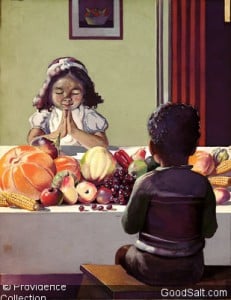 Most of us have an animal of some sort as a pet. I think I’ve always chosen a cat as a pet because a cat doesn’t require a lot of care. In the day it just finds a little place, curls up and goes to sleep. When it gets hungry it tells me, when it wants to go outside again, it lets me know. It is sort of a nuisance at times but somehow one just puts up with the little irritations because it’s part of the family. In spite of the fact that it really does almost nothing for the family except simply to be there, we spend money on it, we feed it, and we care for it. When it hurts, we hurt and when it dies, we feel a very real loss – not because it did any great thing, but only because it was part of the family.1

To me the relationship between cats and humans are an object lesson of God’s grace and his love for us. Truly Scripture is correct when it says, “All we like sheep have gone astray; We have turned, every one, to his own way; And the LORD has laid on Him the iniquity of us all” (Isa 53:6 NKJV). That is the love of God for us do-nothing creatures, “God demonstrates His own love toward us, in that while we were still sinners, Christ died for us” (Rom 5:8 NKJV). We’re all just like the cat as a pet – we do so painfully little for the kingdom and yet he still loves us, still pours out his blessings on us and helps us when we’re in trouble.

When Jesus’ disciples asked him how many times they should forgive a person he told them something shocking, “I do not say to you, up to seven times, but up to seventy times seven” (Mat 18:22 NKJV). The Jews traditionally had set a limit on the number of times that a person needed to forgive a person. But when Jesus told his disciples that they needed to forgive people 70 times 7, He was essentially telling them that there is no limit to the number of times to forgive. That was a reflection of His own grace towards sinners. That is how God treats us poor undeserving wretched individuals, “for He makes His sun rise on the evil and on the good, and sends rain on the just and on the unjust” (Mat 5:45 NKJV).

To those of us who have accepted His gift of salvation and desire to be citizens of His kingdom He does so much more. “And we know that all things work together for good to those who love God, to those who are the called according to His purpose” (Rom 8:28 NKJV). That doesn’t mean that we don’t have problems in our life, for we may even go hungry for a while or have stress and fear. What it does mean is that He’s always working things out for our eventual good and never abandons us. “He Himself has said, ‘I will never leave you nor forsake you’” (Heb 13:5 NKJV).

God gives us the greatest treasure that he could ever bestow on us, the Holy Spirit. He does that because we have become children in his family and heirs according to the promise (Gal 3:29). In order to show the truthfulness of that Paul says, “having believed, you were sealed with the Holy Spirit of promise, who is the guarantee of our inheritance until the redemption of the purchased possession, to the praise of His glory” (Eph 1:13-14 NKJV). That guarantee is the same thing as a down payment that is made on a purchase. In other words, God is guaranteeing our entrance into heaven for Jesus said, “In My Father’s house are many mansions; if it were not so, I would have told you. I go to prepare a place for you” (John 14:2 NKJV).

Furthermore, the Holy Spirit is in the process of setting us aside (sanctifying us) and growing us up into the fullness of Christ. To us, “God willed to make known what are the riches of the glory of this mystery among the Gentiles: which is Christ in you, the hope of glory” (Col 1:27 NKJV). All of this is being done to prepare us for endless life in the kingdom of his glory.

So what do I have to be thankful for? I am thankful for God who is truly love (1 John 4:8), who cares for me and who is doing everything he possibly can do to ensure that I have eternal life (Isa 5:4). It is true that I may not have a lot of things, and my life may be coming to an end in a world that is fraught with sorrow and pain. And like all other people I have medical problems and financial stress, but I know that God is with me, “for it is God who works in you both to will and to do for His good pleasure” (Phi 2:13 NKJV).

By faith, I have assurance through the promises of his word that I will have eternal life with him in heaven. What more could I ask for than that!