↓
Home→Daily→Thursday: Creation, the Fall, and the Cross

The Bible provides an unbroken link between the perfect Creation, the Fall, the promised Messiah, and final redemption. These major events become the basis of the theme of salvation history for the human race. 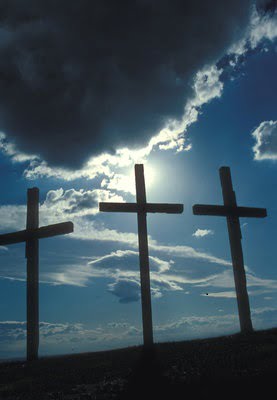 God declared His creation “very good” (Gen. 1:31). “The creation was now complete. … Eden bloomed on earth. Adam and Eve had free access to the tree of life. No taint of sin or shadow of death marred the fair creation”. — Ellen G. White, Patriarchs and Prophets, p. 47. God had warned Adam and Eve that if they ate of the forbidden tree, they would surely die (Gen. 2:15-17). The serpent began his discourse with a question and then completely contradicted what God had said: “You will not surely die” (Gen. 3:4, NKJV). Satan promised Eve great knowledge and that she would be like God. Obviously, she believed him.

How does Paul confirm God’s statement in Genesis 2:15-17? Read Romans 5:12 and Romans 6:23. How do these teachings relate to theistic evolution?

In Scripture, we can see where later biblical writers confirmed earlier biblical statements and provided additional insights. In Romans 5-8, Paul writes about sin and the beauty of salvation: “Sin entered the world through one man, and death through sin, and in this way death came to all people” (Rom. 5:12, NIV). But an evolutionary perspective would have death present for millions of years prior to humanity. This idea has serious implications for the biblical teaching of the origin of sin, Christ’s substitutionary death on the cross, and the plan of salvation. If death is not related to sin, then the wages of sin is not death (Rom. 6:23), and Christ would have had no reason to die for our sins. Thus, Creation, the Fall, and the Cross are inextricably linked. The first Adam is tied to the last Adam (1 Cor. 15:45, 1 Cor. 15:47). A belief in Darwinian evolution, even if some concept of God is inserted into the process, would destroy the very basis of Christianity.