↓
Home » Thursday: Not for Your Righteousness

Central to the Christian religion, to all biblical religion, actually, is the great theme of justification by faith alone. “For what saith the scripture? Abraham believed God, and it was counted unto him for righteousness” (Romans 4:3).

Ellen G. White famously expressed it like this: “What is justification by faith? It is the work of God in laying the glory of man in the dust, and doing for man that which it is not in his power to do for himself. When men see their own nothingness, they are prepared to be clothed with the righteousness of Christ.” — The Faith I Live By, p. 111. 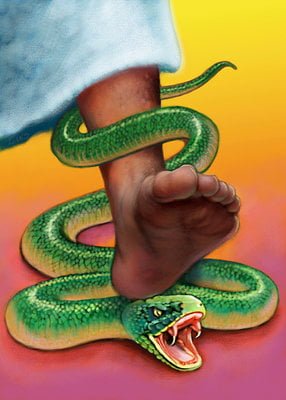 Beyond question, when you consider who God is, and how holy He is, in contrast to who we are, and how unholy in contrast to Him we are — it would have to take an amazing act of grace to save us. And it did: that act of grace happened at the cross, with Christ, the innocent one, dying for the sins of the guilty.

With this context in mind, read Deuteronomy 9:1-6. What is Moses saying to the people here that reveals in a dramatic way the reality of God’s grace for the unworthy? How does what happened here reflect the principle of justification by faith?

If one could encapsulate Paul’s teaching on the gospel, perhaps it could be found in the phrase from Deuteronomy 9:5, “not because of your righteousness or the uprightness of your heart” (NKJV) is God going to save you. Instead, He is going to do it because of the promises of the “everlasting gospel” (Revelation 14:6), a promise given us “not according to our works, but according to His own purpose and grace which was given to us in Christ Jesus before time began” (2 Timothy 1:9; see also Titus 1:2). If the promise was given us “before time began,” it certainly couldn’t be from our works because we didn’t even exist “before time began,” and thus had no works.

In short, despite your faults, your flaws, your stiff necks, the Lord is going to do this wonderful work for you and in you. Thus, as a result, the Lord commands you to obey Him and His laws. The promise already has been given, and delivered: your works, your obedience, even if they were good enough (which they aren’t), aren’t the means of your salvation. They are, instead, the result.

The Lord has saved you by grace; now, with His law written in your heart and His spirit empowering you, go and obey His law.