Read Daniel 5:9-12. What does the queen say about Daniel that the king should have known already? What does it say about him that he seems ignorant even of Daniel’s existence?

As the banquet hall is thrown into confusion because of the mysterious message on the wall, the queen comes and provides direction to the befuddled king. 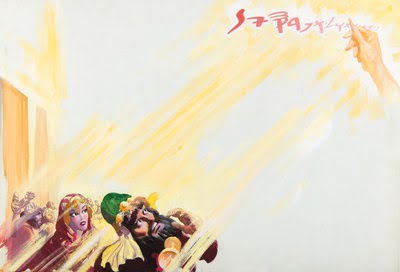 She reminds the king about Daniel, whose ability to interpret dreams and solve mysteries has been demonstrated during the time of Nebuchadnezzar. If Belshazzar were as smart as his predecessor, he would have known where to turn to find the meaning of this mysterious writing. The intervention of the queen proves necessary for the king, who at this point seems utterly at a loss as to what to do next. Her words sound like a rebuke to Belshazzar for having overlooked the only person in the kingdom who can interpret the mysterious writing. And she also gives the king an oral resumé of Daniel: The prophet has the Spirit of the Holy God, light and understanding and divine wisdom, excellent spirit, knowledge; he is capable of understanding, interpreting dreams, solving riddles, and explaining enigmas; he was chief of the magicians, astrologers, Chaldeans, and soothsayers in Nebuchadnezzar’s time (Dan. 5:11-12).

At this point, we again wonder why Belshazzar had ignored Daniel. The text does not offer a direct answer to this question, but we presume that at this time Daniel, after serving the king at least until the third year of his reign (Dan. 8:1, Dan. 8:27), is no longer in active service. One factor could be Daniel’s age. He is probably around 80 years old, and the king may have wanted to replace the old leadership with a younger generation. The king may have also decided to ignore Daniel because he did not want to commit himself to Daniel’s God. But whatever the reason or combination of reasons, it remains striking that someone with such a portfolio as Daniel’s could be forgotten so soon.