↓
Home→Daily→Tuesday: The Image – Part One 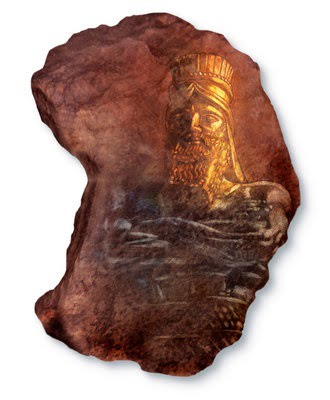 Daniel mentions the unexpressed thoughts and concerns of the king as the latter lay sleepless in bed. This circumstantial information further emphasizes the credibility of the message, because such information known only to the king must have come to Daniel through a supernatural power. But as Daniel proceeds to report the content of the dream, he risks triggering another crisis, because the dream is not necessarily good news for Nebuchadnezzar.

Read Daniel 2:31-49. What does the dream say is the fate of Nebuchadnezzar’s kingdom?

The dream consists of a majestic image with its head “of fine gold, its chest and arms of silver, its belly and thighs of bronze, its legs of iron, its feet partly of iron and partly of clay” (Dan. 2:32-33, NKJV). Eventually a stone “struck the image on its feet” (Dan. 2:34, NKJV), and the whole structure was destroyed and scattered like chaff on the wind. Daniel explains that the different metals represent successive kingdoms that will replace one another throughout the course of history. For Nebuchadnezzar, the message is clear: Babylonia, with all its might and glory, will pass away and be replaced by another kingdom, which will be followed by others until a kingdom of a completely different nature will replace them all: God’s eternal kingdom, which will last forever.