In Hebrew thought, there are a number of ways to express ideas that reinforce meaning and emphasize the importance of concepts. Unlike European languages, Hebrew contains no punctuation marks in the original language, so the language structure developed other ways to communicate such ideas.

Read Genesis 1:26-27; and Isaiah 6:1-3. What words are repeated in these passages? How are these repeated words enhanced by different concepts that are introduced through repetition? 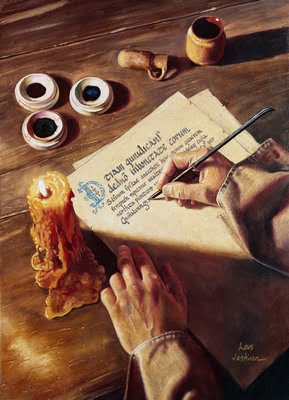 One of the ways that the Hebrew writer could emphasize a certain attribute of God was by repeating it three times. As the Creation account comes to the apex of God’s creative work, the text emphasized the unique importance of created humanity. The term bara’, “to create”, always has only God as its subject. That is, it is only God that has the power to create without being dependent on pre-existing matter. Here the text describes the creation of man: “So God created man in His own image; in the image of God He created him; male and female He created them” (Gen. 1:27, NKJV). Notice the three-fold repetition of the word “create”. Moses, thus, emphasized that human beings are created by God and that they are created in His image, as well. These truths were his emphasis.

In Isaiah’s vision and call, the seraphim repeat the words “Holy, holy, holy, is the LORD of hosts” (Isa. 6:3). The emphasis is on the holiness of an awesome God whose presence fills the temple. We also see this holiness through the words of Isaiah, as he stands in the presence of the Almighty: “Woe is me, for I am undone!” (Isa. 6:5, NKJV). Even a prophet like Isaiah, confronted with the holiness and character of God, cringed at his own unworthiness. Thus, even here, long before we have Paul’s exposition on human sinfulness and the need of a Savior (Romans chapters 1-3), we can see the Bible giving expression to the fallen nature of humanity, even in a “good” person like Isaiah.