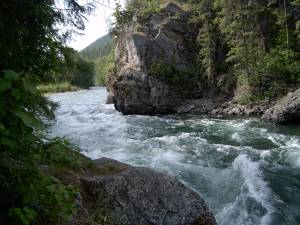 Was Ellen White an environmentalist? Was she concerned with Planet Earth, with ecology, recycling, contaminants, the effects of materialism? Although Ellen White lived most of her life in the nineteenth century before plastics were invented, before nuclear power, before nitrates and anthropogenic chemicals contaminated our rivers and streams, and before greed for oil drove much of the world’s ethos, she nonetheless was a strong advocate for care of the earth.

Ellen White’s environmental consciousness came from two sources: The Scriptures, and direct inspiration from God. She believed nature itself not only fosters God’s glory, but nature also brings rest and joy to persons of all ages. Growing food for the family was not the sole reason Ellen White spoke of the advantages of country living. In her view, children who have the opportunity to garden, care for animals, and watch the wonders of nature in a beautiful setting experience both educational and spiritual advantages.

Ellen White believed that humanity’s physical health is improved in nature’s beautiful and unspoiled environment. She once stated, “There are life-giving properties in the balsam of the pine, in the fragrance of the cedar, and the fir, and other trees also have properties that are health restoring.” The Ministry of Healing, p264. Sadly, though, in 25 countries of our world, forests have effectively disappeared. Additionally, 80% of our world’s remaining terrestrial biodiversity live in vanishing forests, and 70% of our world’s plants are in jeopardy from disappearing rainforests.

How did Ellen White practice what she preached about ecology?  She enjoyed organic gardening, hikes and camping in the mountains, picnics with her family outdoors, and gave (as well as received) chemical-free treatment for the sick, including hydrotherapy, massage, and other holistic health interventions.

Ellen White loved flowers and often drew parallels between the botanical world and the Creator of diversity. She planted her flower beds carefully and in the growing season, every Sabbath fresh bouquets graced her dining table. Ellen White believed nature is God’s gift to us! He intended that we care for it and keep it beautiful, as a response to His grace and in gratitude to our Creator. 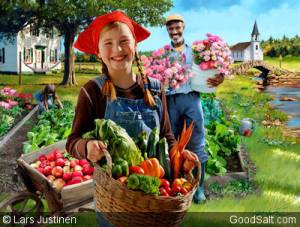 Probably none of Ellen White’s counsel is as ‘green’ as her advocacy for a vegetarian diet.1 Not only does practicing vegetarianism result in better health, it could also help to save animals and the earth. It was not just the health of humanity that drove Ellen White’s activism for the vegetarian diet, it was also concern for the suffering of animals: “Animals are often transported long distances and subjected to great suffering in reaching a market. Taken from the green pastures, and traveling for weary miles over the hot, dusty roads, or crowded into filthy trains or trucks, feverish and exhausted, often for many hours deprived of food and water, the poor creatures are driven to their death, that human beings may feast on the carcasses.” The Ministry of Healing, p314.

Ellen White spoke to these ecological abuses when she wrote, “Animals see and hear and love and fear and suffer.”  The Ministry of Healing, p315.

Ellen White also recognized the need of pure water and clean air. She even recognized the ill effects of noise pollution. Often she pointed to the benefits of a home or a hike in the country that provides the peace, quiet, and rest that are essential for healthy nerves, mental health and even heart health, according to recent research.

Ellen White was a recycler! She enjoyed making rag carpets from much worn clothing and neatly and carefully patched her family’s clothes to extend their wear. Her granddaughter Ella recalls Ellen urging husband James to not throw out a glass bottle. When he did anyway, Ellen White chided, “Oh James! You could have at least kept the cork!”

Like Scriptures, Ellen White continually urged Christians to reject materialism and simplify their lives in order to have funds for missions and for the poor. She advocated living within one’s income, and accumulating less ‘stuff’ that pollutes the environment. 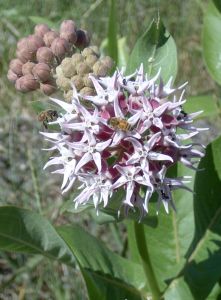 Ellen White links ecology to the gospel commission, including what we eat, how we travel, spend our money, even how we restore misused land. It was God’s plan for His people, anciently and currently, to teach all nations how to care for the earth properly and how to be free from disease, thus pointing to the Creator as the source of health, beauty, and joy. Anything the Christian does toward the improvement of humanity’s ecological environment provides greater opportunity for also improving humanity physically and spiritually. Indeed, Ellen White felt the organic farmer is as important as the minister of the gospel.

In recent years there has been a proliferation of research showing the moral development potential of the natural world. Yet, Ellen White talked about the moral development potential in nature over a hundred years ago. She believed nature provided opportunities to learn and deepen spiritual values if we are intentional in pointing to God as nature’s Creator. Thus, ecology is not an end in itself. An unspoiled environment points to a God who delights in the beautiful.

Respect for creation, in Ellen White’s view, included respect for the Creator. Ellen White recognized that human rights are grounded in the doctrine of Creation. Sin has caused a fracture in humanity’s relationship with God, with each other, and with nature. Motivated by God’s grace, we seek to restore all three relationships to wholeness. Thus, Ellen White could speak of God’s approbation of “… government that protects, restores, relieves, but never savors of oppression. The poor especially are to be kindly treated…aid is to be given to the oppressed, and not one soul that bears the image of God is to be placed at the footstool of a human being. The greatest possible kindness and freedom are to be granted to the purchase of the blood of Christ.” Manuscript Releases vol. 3, p37.

Ellen White believed in the link between ecology and the restoration of the image of God in humanity. How then do we apply her ecological principles to the 21st century? I believe it now becomes our responsibility to encourage a truly green society that considers every human being as deserving of dignity, that cares for those who have the least, that rejects torture, that grants due process during arrest to all humanity within its jurisdiction, as well as a society that shows its environmental consciousness by thoughtful development.

Ellen White encourages Christians to not only look forward to the final restoration of earth to its original Eden state, but also honor God today by taking responsible care of our environment.