↓
Home→Feature→We are Not the Home Team 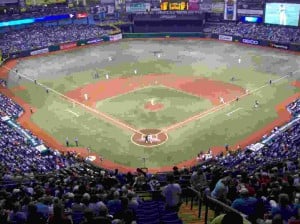 “If then you were raised with Christ, seek those things which are above, where Christ is, sitting at the right hand of God. Set your mind on things above, not on things on the earth” (Colossians 3:1-2, NKJV)

A few years ago I had baptismal studies with an elderly man named Oscar. He had just come to the United States from Guam but was actually already a U.S. citizen before ever stepping on American soil. Guam has its own government, but is an unincorporated United States territory. This gave Oscar the opportunity to become a U.S. citizen before even setting foot on U.S. soil.

I had never heard of someone being a citizen of a Country they had never been to before, but then it occurred to me that all Christians are citizens of a land they have never been to before. This world is not our home. The fact that the world is not our home could account for why we do not always fit in. It could explain why the world cheers at things that break our hearts, and why we sometimes cheer and the world does not cheer with us.

Have you ever followed your favorite sports team to a road game? It is a totally different experience than when you are watching them play at their home stadium. When you are on the road you stand up and cheer when your team scores, but you cheer alone because everyone else is for the home team. And when something happens to make the home crowd cheer, you just sit there. Everything seems backwards when your team is playing on the road. I have been to several Tampa Bay Rays baseball games over the years, but one time in particular, I went with some friends from church to The Tampa Bay Ray’s stadium, Tropicana Field, where we watched the first place Rays defeat the second place Red Sox 2-1. It was a great game and the Rays did not win it until the bottom of the ninth, when our catcher, Dioner Navarro hit in the winning run.

While at the game I noticed several Red Sox fans. You could easily spot them with their Red Sox shirts, caps, and jackets. I even sat by one. He assured me that the long fly that Ortiz hit to deep right center for an out would have been a homerun at Fenway Park, where the Red Sox play their home games. I noticed something about the Red Sox fans. They came into our home ball park but still dressed and acted like they would at Fenway, their home ballpark. They did not buy the Tampa Bay Rays t-shirts and caps and try to blend in at all. While most of them were very polite and pleasant to be around, they still made it clear that Tropicana Field was not their home, and the Rays were not their team. They did not mind looking like visitors. They did not mind that they dressed and looked different than the rest of us. They were proud of their team and where they were from. They did not cheer when we cheered. They did not mind standing out in the crowd and looking and acting different. They dressed and acted in Tropicana Field, they same way they would dress and act at Fenway Park.

As Christians, let’s let the world know earth is not our home. While being as polite and pleasant to be around as possible, let it be known that our home is in heaven, not here. We do not blend in with the world because we are not a part of this world. Let’s not be afraid to look different and act different. Let’s be as proud of where we belong as the Red Sox fans were proud of where they belong.