Read Genesis 44:1-34. Why did Joseph put the divination cup in Benjamin’s sack and not in another brother’s sack?

This story parallels the preceding one. As before, Joseph gives specific instructions; and, once again, he fills the men’s sacks with food. This time, however, Joseph adds the strange command to put his precious cup in Benjamin’s sack. 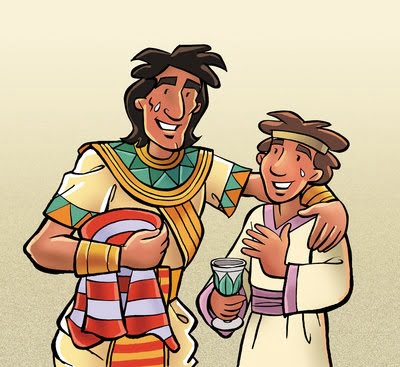 The events, therefore, take a different course. While in the preceding trip, the brothers returned to Canaan to take Benjamin with them, now they have to return to Egypt to face Joseph. Whereas in the preceding situation all the brothers found the same thing in their sacks, now Benjamin is singled out as the one who has Joseph’s cup. Unexpectedly, Benjamin, who as the guest of honor had access to Joseph’s cup, is now suspect and charged with the accusation of having stolen that precious article. He will go to prison.

That Joseph was using a divination cup did not mean that he believed in its power. Joseph “had never claimed the power of divination, but was willing to have them believe that he could read the secrets of their lives.” — Ellen G. White, Patriarchs and Prophets, p. 229.

The magic cup was for Joseph a pretext to evoke the supernatural domain, and thus awaken in his brothers’ hearts their sense of guilt toward God. This is how Judah interprets Joseph’s implied message, because he refers to the iniquity that God has found in them (Genesis 44:16). Also, the stealing of that precious cup would justify a severe punishment and thus test the other brothers’ thinking.

The intensity of the brothers’ emotion and their reaction is significant. They are all united in the same pain, fearing for Benjamin, who will be lost as was Joseph, and like him become a slave in Egypt although he was, like him, innocent. This is why Judah proposes that he be taken as a slave “instead” of Benjamin (Genesis 44:33), just as the ram has been sacrificed “instead” of the innocent Isaac (compare with Genesis 22:13). Judah presents himself as a sacrifice, a substitution, whose purpose is precisely to cope with that “evil” that would devastate his father (Genesis 44:34).