Intercessory prayer is a mighty weapon in this battle between good and evil that we call “the great controversy”. One of the clearest revelations of this struggle is in Daniel chapter 10.

You will recall that the prophet Jeremiah predicted that the Jews would be in bondage to the Babylonians for seventy years. At the end of Daniel’s life, this prophetic period of the Jewish captivity was coming to an end. 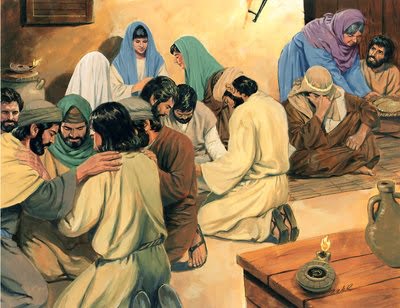 Daniel was concerned. He saw little evidence of the fulfillment of Jeremiah’s words. His people were still in bondage.

Babylon was overcome by the Medes and Persians, but the Jews still remained in bondage. Daniel fasted and prayed for three weeks. He earnestly interceded for his people. At the end of the three weeks, a glorious angelic being appeared to him.

Read Daniel 10:10-14. When were Daniel’s prayers heard, and what temporarily hindered them?

This is a fascinating passage. To understand it fully, let’s identify some of the characters. Who is the prince of the kingdom of Persia? Certainly not Cyrus. He is the king of the Persian Empire. It is most likely that the expression “the prince of the kingdom of Persia” represents Satan. Jesus called him “the prince of this world” or “the ruler of this world” (John 12:31, John 14:30). Paul labeled him, “the prince of the power of the air” (Eph. 2:2). If the prince of Persia represents Satan, then who is Michael? The term Michael is used five times in the Bible (Rev. 12:7; Jude 9; Dan. 10:13, Dan. 10:21; and Dan. 12:1). A careful study of these passages reveals that Michael (which means “Who is like God”) is another term to describe Jesus as the Commander of all the angels in direct combat with Satan. Christ is the eternal, pre-existent, all-powerful divine Son of God. One of His functions as Commander of all of the angels is to defeat and eventually destroy Satan.

Daniel 10 draws the curtain aside and reveals this struggle between good and evil. As Daniel prays, Michael, the almighty Jesus, descends from heaven to beat back the forces of hell. Although we may not see it, Jesus is at work to answer our prayers of intercession, as well. He is a mighty Savior. Not one of our prayers goes unnoticed.