Marcie’s husband Jack had become increasingly violent, and when he hit her and knocked her over, she was afraid. She scrambled to her feet and ran out the door. Running, she felt so helpless and confused. What was she to do? Where was she to go?  It was early Saturday morning, and the streets were still. Then she remembered the church a couple of blocks away. She had seen people at the church on Saturdays. Perhaps someone there could help her. She looked over her shoulder, but Jack was not pursuing her. So she slowed down to a walk. 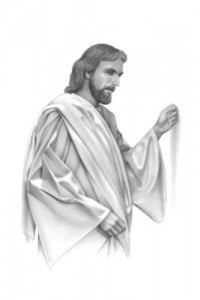 When she got to the church she read the sign. It identified the church as “Seventh-day Adventist.” But the parking lot was empty. Of course! It was only 8:45 am. She could get some exercise walking and come back later.

When Marcie came back two hours later, there were a number of cars in the lot. She saw people entering and being greeted by a man in a suit. Timidly, she walked up to the man and said, “Hi, I’m Marcie.” The man in the suit looked her up and down, and she looked down self-consciously at her shorts and t-shirt. “You can’t come in here like that,” he said sternly. “This is the house of God!” Crushed, she fled with tears in her eyes … 1

How would you have met Marcie if you were the one at the door?

At 20, Danny had just finished his bachelor’s degree with a major in electronic engineering. He needed a break and a little practical experience before he went on to the tougher courses of graduate school. So he took a low-wage technical support job at one of America’s largest IT companies. He could probably make money on the side by consulting, as he had done for years.

Raised as an Adventist, Danny had taken pains to have Sabbaths off, so he could attend the nearest Seventh-day Adventist church, which was several miles away. He figured he could get there the same way he got to his place of work – on his trusty 10-speed bike.

On that bright Sabbath morning in June, he put on his dress shorts and a dress shirt and pedaled his way to church. When he walked in the foyer after parking his bike, a man walked up to him and chastised him, saying, “Young man, don’t you have any respect for the house of God? Shorts are not appropriate here!” Danny didn’t wait for more, but turned on his heel. “The audacity!” he fumed. “The shallowness!”

And for years after that, Danny did not attend any church, much to the dismay of his family. Eventually, he did go to church in another part of the country. There he started a young adult group composed largely of young doctors and engineers like himself. They did their own church meetings their own way, trying to do things they thought Jesus would do on Sabbaths. They might have benefited from a little support and counsel from more experienced members, but the distrust of the “establishment” in the church never left Danny – to this day.

And I think Jesus still weeps. 2

How would Danny have been received at your church?

Kendra, a teenager in a church composed mainly of seniors, is a vivacious young woman and attracts others to her like bees to honey. She’s not shy about being a Seventh-day Adventist Christian. So it was only natural that she should bring some of her friends to church now and then.

On a hot August Sabbath, she brought two of her best friends who found the environment “different” but intriguing. Then they were approached by a pleasant-seeming elderly lady in the foyer after church. They looked at her expectantly, and she said, “You know, girls, you should dress more appropriately when you come to church.” They looked at their friend, confused, but the woman continued, “Spaghetti straps are not appropriate wear for church. You should wear a dress with sleeves to church.” They stared at her, shocked, “But .. but .. ” They were going to say that they didn’t own any such dresses. They had taken pains to wear dresses, rather than their usual shorts and camis (with spaghetti straps). But they didn’t bother to say more. They didn’t really need to come here anyway.

And I think Jesus wept.

I suspect he’s weeping still, because the girls have never come back.

How do you deal with “inappropriately dressed” teens in your church? Are you happy they’re in church, or do you wish they would dress appropriately?

Elizabeth had grown up keeping the Sabbath due to a radio preacher who was the leader of a Sabbath-keeping church. After he died, his successors decided that the Sabbath was not really necessary to keep after the cross. So she and her husband had gathered together a group of believers who met each Sabbath to worship together.

But then she noticed a Sabbath-keeping church in town, the Seventh-day Adventist church, just outside city limits. She decided to investigate and attended about once a month for several months, beginning with Sabbath School. As she grew more comfortable and had some deep conversations with her Sabbath School teacher, she invited her husband to attend as well. And he did. They thoroughly enjoyed the lively discussion in Sabbath School, and both stopped to talk with the teacher.

They looked forward to the church service and were glad to see a pleasant-looking man with a friendly manner get up in the pulpit. Some of what he preached was new to them, but they became disturbed as he continued in a proud tone to enumerate how “we Adventists” know so much more and how the other churches “just don’t care. They just preach the social gospel. They’re part of Babylon, you know, and we need to preach the Three Angels’ Messages.”

My husband and I were in that congregation and were concerned when we saw this particular speaker get up. But when he launched into his usual self-congratulatory mode and put-downs of other churches, we were mortified.

And, yes, you guessed it, neither Elizabeth or her husband ever returned to our church. (My husband is particularly sad because he was the teacher who had befriended Elizabeth, but he had not obtained contact information, so we could not visit.)

I think Jesus is still weeping. What do you think?

How do you demonstrate respect for the beliefs of others?

How many times have we turned Jesus away from our churches?

Someone suggested that my post is “mainly about dress code,” but that is not my intent. We can show our lack of caring for people in many different ways. When we simply ignore a visitor, that demonstrates a lack of caring. Apparently it takes friendly interaction with at least three people besides the greeter to make a person feel welcome. Do we do our part?

How many times have we turned people away from Him because of our lack of caring?

What can we do to change things?

Let’s share some ways we make our churches more inviting for those who need Jesus in their lives.