↓
Home » Why Does it Matter Which Day We Keep? 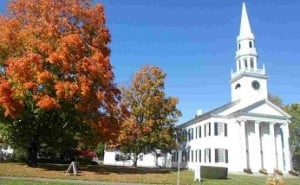 A while back, my community Bible study group that meets Wednesday mornings at my church decided to have a luncheon and invite some friends and neighbors. As we began to have lunch the next Wednesday, one of our guests asked me why we go to church on Saturday. I explained to her that since we believe Jesus is our only example and our only source of salvation, we observe the day that He made holy and that He observed. For some reason, my answer seemed to irritate her, and she exclaimed, somewhat frustrated, “It does not matter what day you keep!”

Why do so many people say you can keep holy any day you choose, and then get angry when I choose Saturday? I recognized that the spirit behind her frustration was not coming from the sweet lady at all. I know where it was from.

“And the dragon was wroth with the woman, and went to make war with the remnant of her seed, which keep the commandments of God….” Revelation 12:17

I have been in homes where people have told me that Sunday observance is Biblical. I have asked them for the verse in the Bible and was told they did not have time to find it. In one home I suggested that since they did not have time to look for it, maybe their pastor could save them some time and tell them right away. And of course he conceded there was no such verse.

The first day of the week is mentioned 8 times in Scripture. Let’s take a closer look and see if we missed something earlier, which would tell us that Sunday is now the Sabbath.

In the end of the sabbath, as it began to dawn toward the first day of the week, came Mary Magdalene and the other Mary to see the sepulchre. Matthew 28:1

Note: Mary waited until the first day of the week when the Sabbath would be over. Nothing here to tell us that Sunday is now the Sabbath.

And when the sabbath was past, Mary Magdalene, and Mary the mother of James, and Salome, had bought sweet spices, that they might come and anoint him. And very early in the morning the first day of the week, they came unto the sepulchre at the rising of the sun. Mark 16:1

Note: They were not coming to worship but to work. Nothing here to tell us that Sunday is now the Sabbath.

Now when [Jesus] was risen early the first [day] of the week, he appeared first to Mary Magdalene, out of whom he had cast seven devils. And she went and told them that had been with him, as they mourned and wept. And they, when they had heard that he was alive, and had been seen of her, believed not. After that he appeared in another form unto two of them, as they walked, and went into the country. And they went and told it unto the residue: neither believed they them. Afterward he appeared unto the eleven as they sat at meat, and upbraided them with their unbelief and hardness of heart, because they believed not them which had seen him after he was risen. Mark 16:9-14

Note: Here it says they believed not. So this obviously was not a meeting of believers on the first day of the week. Nothing here to tell us that Sunday is now the Sabbath.

Now upon the first day of the week, very early in the morning, they came unto the sepulchre, bringing the spices which they had prepared, and certain [others] with them. Luke 24:1

Note: No indication of a change in God’s law. Nothing here to tell us that Sunday is now the Sabbath.

The first day of the week cometh Mary Magdalene early, when it was yet dark, unto the sepulchre, and seeth the stone taken away from the sepulchre. John 20:1

Note: No mention of the Sabbath being changed from Saturday to Sunday.

Then the same day at evening, being the first day of the week, when the doors were shut where the disciples were assembled for fear of the Jews, came Jesus and stood in the midst, and saith unto them, Peace be unto you. John 20:19

Note: This is not an assembly for worship but for “fear of the Jews.” Nothing here to tell us that Sunday is now the Sabbath.

And upon the first day of the week, when the disciples came together to break bread, Paul preached unto them, ready to depart on the morrow; and continued his speech until midnight. And there were many lights in the upper chamber, where they were gathered together. And there sat in a window a certain young man named Eutychus, being fallen into a deep sleep: and as Paul was long preaching, he sunk down with sleep, and fell down from the third loft, and was taken up dead And Paul went down, and fell on him, and embracing [him] said, Trouble not yourselves; for his life is in him. When he therefore was come up again, and had broken bread, and eaten, and talked a long while, even till break of day, so he departed. And they brought the young man alive, and were not a little comforted. And we went before to ship, and sailed unto Assos, there intending to take in Paul: for so had he appointed, minding himself to go afoot. And when he met with us at Assos, we took him in, and came to Mitylene. Acts 20:7-14

Note: There were many lights, because this was a Saturday night meeting. Remember that the biblical day begins at evening. (See Genesis 1:5 and Leviticus 23:32) Paul preached till dawn Sunday morning and then walked 20 miles to Assos, something he would never have done on the holy Sabbath. Nothing here to tell us that Sunday is now the Sabbath. And of course even if it was a Sunday meeting, just meeting on a Sunday would not make Sunday holy just like meeting for Wednesday night prayer meeting does not make Wednesday holy.

Now concerning the collection for the saints, as I have given order to the churches of Galatia, even so do ye. Upon the first day of the week let every one of you lay by him in store, as God hath prospered him, that there be no gatherings when I come. 1 Corinthians 16:1-2

Note: Taking up an offering does not make a day holy. No reference here is even made of a worship service. Paul informed all the churches, including Corinth to lay aside money at home for the poor so that when he passed through he could easily pick it up to take to them. See Acts 11:29-30 andRomans 15:25-26. Nothing here to tell us that Sunday is now the Sabbath.

Let’s go back now to our question, why does it matter? Let’s suppose I go out on Valentine’s day and buy my girlfriend some red roses. My girlfriend graciously accepts them. Later she tells me her favorite is a yellow rose. Now she did not tell me that before, so I had no way of knowing, and that is why she so graciously accepted the red roses. But now her birthday comes up, and I go to the florist knowing full well, she mentioned yellow roses. But when I get to the store I think to myself, a rose is a rose, what difference does it make? I will just grab these red roses that are on sale. She should be happy with that? Friends, if I ever did that in real life, which I have not, you would figure out very quickly why I am still single! Getting yellow roses now matters to me because I love my girlfriend! She mentioned yellow and so if I love her and hang onto every word she says, I will hang onto that word “yellow” when I go to the florist. Fact is, if I did not love her then it really wouldn’t matter, but since I do love her it does matter. Likewise Jesus says,

I love Him, and He mentioned the seventh day, so that is why the seventh-day Sabbath matters to me. Now some may say I should just keep it because He told me to, but worship involves love, and I can’t really observe the Sabbath and truly worship Him that day if there is no love involved. When you love somebody you hang onto every word they say, and every word matters to you because it matters to the One you love.