↓
Home→Daily→Monday: Written in the Book

Daniel 12:1  talks about those who are “found written in the book”? What does that mean?

The time of Michael’s intervention is also described as a time of trouble without parallel. This corresponds to the time when God’s Spirit will be withdrawn from rebellious humankind. Then the seven last plagues, as expressions of God’s wrath upon the nations, will be poured upon the end-time Babylon (Rev. 16:1-21; Rev. 18:20-24) and the powers of darkness will be unleashed upon the world. Ellen G. White writes of this time that “Satan will then plunge the inhabitants of the earth into one great, final trouble. As the angels of God cease to hold in check the fierce winds of human passion, all the elements of strife will be let loose. The whole world will be involved in ruin more terrible than that which came upon Jerusalem of old”. — The Great Controversy, p. 614. 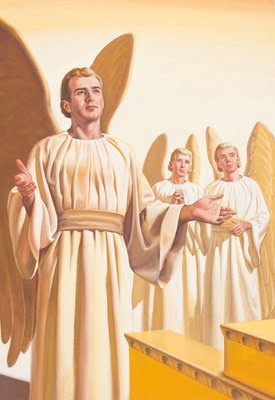 But God’s people will be delivered during this terrible time because, in the investigative judgment conducted in the heavenly tribunal, they have been vindicated by Jesus, the heavenly High Priest, and their names have been written in the book.

In addition to the Book of Life, the Scriptures mention books containing the records of human deeds (Ps. 56:8, Mal. 3:16, Isa. 65:6). These are the books used in the heavenly tribunal to determine every person’s commitment to the Lord. These are heavenly records, “databases”, containing the names and deeds of every human being. Some people frown upon the idea of having their names, and especially their deeds, written in heaven. But once we commit our lives to Christ, our names are inscribed in the book of life, and our bad deeds are deleted in the judgment. This heavenly record provides judicial evidence to the entire universe that we belong to Jesus and therefore have the right to be protected during the time of trouble.