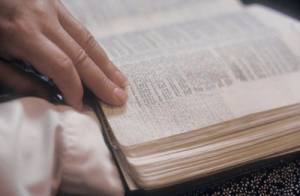 A couple thousand years ago, Joseph thought he understood the situation when his fiancée Mary got pregnant. Even so, Joseph decided to keep quiet about his suspicions and divorce Mary quietly. Smart man! He did not go off spouting accusations publicly that he would have to retract later. And with the evidence, you couldn’t blame Joseph for thinking he understood the situation. Like Joseph, how slow we should be to judge even when we think we have all the evidence we need for a verdict.

Joseph was a man who loved truth, so an angel cane to assure him that nothing sinister was going on with Mary, but that it was of the Holy Spirit.

“As he considered this, an angel of the Lord appeared to him in a dream. “Joseph, son of David,” the angel said, “do not be afraid to take Mary as your wife. For the child within her was conceived by the Holy Spirit.” Matthew 1:20 NLT

How often have we been quick to judge and condemn something in the church because it was strange to us? While we do not want to fall for a false revival, let’s also be aware that a genuine revival may not come just the way we expect it, just like Jesus did not come the way Joseph expected!

“Let every worker in the Master’s vineyard, study, plan, devise methods, to reach the people where they are. We must do something out of the common course of things. We must arrest the attention. We must be deadly in earnest. We are on the very verge of times of trouble and perplexities that are scarcely dreamed of.” –Ellen White, Evangelism pages 122-123

You say, “Oh but we must be so careful we don’t fall for a counterfeit revival!” I understand. So did the angel talking to Joseph. While the situation with Mary was very strange to say the least, the angel assured Joseph it was also of God!

All of this occurred to fulfill the Lord’s message through his prophet:

“Look! The virgin will conceive a child! She will give birth to a son,
and they will call him Immanuel which means ‘God is with us.’” Isaiah 7:14 NLT

So just because something is strange to us does not mean it is not of the Holy Spirit or unbiblical! Mary’s situation was both strange and unconventional while still being absolutely Biblical!

So if we see something new going on in the church let’s not condemn it just because it is strange or new to us. Like Joseph, let’s be slow to judge before we condemn something that may actually be of the Holy Spirit. Let’s pray and be open to heavenly Beings leading us in accordance with Scripture.