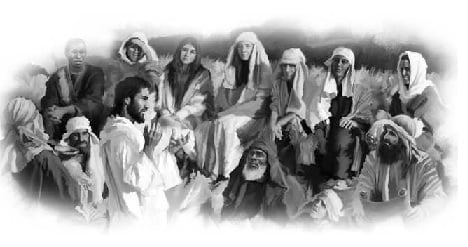 Memory Text: “Then Jesus said to him, ‘Go your way; your faith has made you well.’ And immediately he received his sight and followed Jesus on the road” (Mark 10:52).

Who among us has never been ashamed of himself or herself? Who among us hasn’t done things that pain us to think about, and that we would recoil in horror at the thought of others knowing? Most likely, we’ve all been there, haven’t we?

Imagine, then, what it was like to be Adam and Eve after they ate fruit from the forbidden tree. Or when Jacob tricked his father into favoring him over his elder brother and then had to run away from his brother’s anger. How did he sleep at night? And imagine being the woman caught in adultery, “in the very act” (John 8:4). David had been there, too, and Psalm chapter 32 was his poignant expression and confession of what it had been like.

Of course, that’s one reason the gospel is universal and Christ’s death was for all humanity. Whatever our differences, surely one thing unites us: our general sinfulness.

Hence, true Christian education must be about pointing us to the only solution for our rather dismal state. This week we’ll look at our only solution, our Master Teacher.

Study this week’s lesson to prepare for Sabbath, November 7.