↓
Home→Daily→Sunday: Is Not This Babylon the Great?

God gives Nebuchadnezzar a second dream. This time, the king does not forget the dream. But because the Babylonian experts fail again, the king summons Daniel to provide the interpretation of the dream. In the dream, the king sees a big tree reaching up to heaven and a heavenly being commanding that the tree be chopped down. 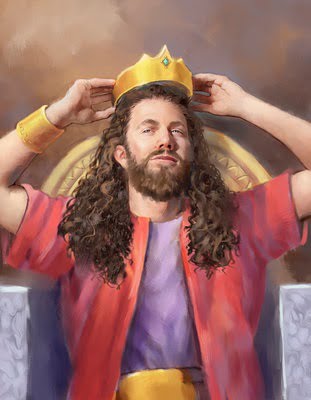 Only the stump and roots would be left in the earth and would be wet with the dew of heaven. But what must have troubled Nebuchadnezzar was the part of the dream in which the heavenly being said, “Let his heart be changed from that of a man, let him be given the heart of a beast, and let seven times pass over him” (Dan. 4:16, NKJV). Recognizing the seriousness of the dream, Daniel politely expresses the wish that the dream would refer to the enemies of the king. However, faithful to the message conveyed by the dream, Daniel says that in fact the dream refers to the king himself.

Trees are commonly used in the Bible as symbols of kings, nations, and empires (Ezekiel 17:1-24; Ezekiel 31:1-18; Hosea 14:1-9; Zech. 11:1-2; Luke 23:31). So, the big tree is a fitting representation of an arrogant king. God gives Nebuchadnezzar dominion and power; nevertheless, he persistently fails to recognize that everything he possesses comes from God.

Focus on Daniel 4:30. What does the king say that shows he still does not grasp the warning that the Lord has given him?

Perhaps what’s so dangerous about pride is that it can lead us to forget just how dependent we are upon God for everything. And once we forget that, we are on dangerous spiritual ground.