The Lord’s Supper is a participation in the emblems of the body and blood of Jesus as an expression of faith in Him, our Lord and Saviour. In this experience of communion Christ is present to meet and strengthen His people. As we partake, we joyfully proclaim the Lord’s death until He comes again. Preparation for the Supper includes self-examination, repentance, and confession. The Master ordained the service of foot washing to signify renewed cleansing, to express a willingness to serve one another in Christlike humility, and to unite our hearts in love. The communion service is open to all believing Christians. (1 Cor. 10:16, 17; 11:23-30; Matt. 26:17-30; Rev. 3:20; John 6:48-63; 13:1-17.) 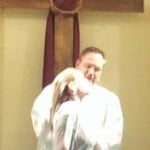 Have you ever gotten home from work but you don’t remember driving there? You’re on auto-pilot. It happens whenever we’ve done something so many times that our brain doesn’t really have to engage in what we’re doing to make it happen. It’s almost like our muscles just take over – tying our shoes, playing a … END_OF_DOCUMENT_TOKEN_TO_BE_REPLACED 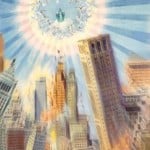 “For as often as ye eat this bread, and drink this cup, ye do shew the Lord’s death till he come” (1 Cor. 11:26). What great hope is presented here? With these words we see how closely entwined the Second Coming and the Communion service are. That makes so much sense, too, because the Second Coming is, … END_OF_DOCUMENT_TOKEN_TO_BE_REPLACED 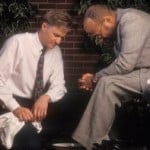 It’s hard to imagine the pain that must have been going on in the heart of Jesus as He – about to face the Cross, the greatest humiliation possible – saw the jealousy and infighting among His own disciples over who would be the greatest in His kingdom. Read Luke 22:24-27 (see also Matt. 18:1, 20:21). What crucial truth … END_OF_DOCUMENT_TOKEN_TO_BE_REPLACED 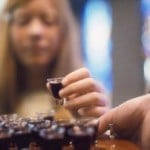 During the early stages of the Christian church, believers in the eastern part of the church, where Greek was the common language, used the word mysterion, ‘mystery’, to describe Christian sacred rites. In the West, where Latin predominated, the term employed was sacrament (Latin, ‘sacramentum”). A sacramentum was an oath that a Roman soldier swore, declaring his obedience to the commander’s … END_OF_DOCUMENT_TOKEN_TO_BE_REPLACED