During the early stages of the Christian church, believers in the eastern part of the church, where Greek was the common language, used the word mysterion, ‘mystery’, to describe Christian sacred rites. 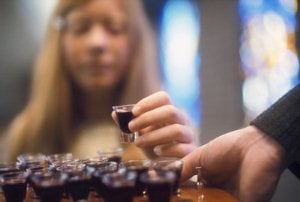 In the West, where Latin predominated, the term employed was sacrament (Latin, ‘sacramentum”). A sacramentum was an oath that a Roman soldier swore, declaring his obedience to the commander’s order. Those who employed this word felt that it described accurately the nature of the sacred rites. With time, however, the idea came to represent an act with an inward invisible power. The church of the Middle Ages identified seven such acts, called ‘sacraments’, which were seen as means of infusing grace into a person’s soul.

During the Reformation, the sacraments came under scrutiny and criticism. In the minds of many, the term sacramentappeared tainted. A different term was felt to be in order, and that was ordinance. The word ordinance comes from the verb ‘to ordain’, which makes an ordinance a special act that Christ Himself instituted or ordained. To prefer the termordinance to sacrament is to say that one participates in the acts because they are the divinely ordained means for us to show our obedience and loyalty to Jesus as Lord. Seventh-day Adventists see baptism, foot-washing, and the Lord’s Supper as ordinances-acts that reveal our loyalty to Christ. They are symbolic ways of expressing our faith.

However much importance we place on the ‘ordinances’, we must always remember that these are not conduits of grace or acts by which we earn salvation or gain merit before God. Sin, and what it has done to us, is way too serious a matter for rituals, even those instituted by Christ Himself, to be able to redeem us. Only the death of Jesus on the cross was sufficient to accomplish the salvation of beings as deeply fallen as we are. As we understand them, the ordinances are outward symbols of our acknowledgment of what Christ has done for us and of our union with Him (and all that this union entails), and they serve their purpose well. They are a means to an end, not an end in and of themselves.