Throughout the Bible, there is an emphasis on specificity in prayer. Prayer is not some vague longing of the soul. It presents God with specific requests. Jesus prayed specifically for His disciples. The apostle Paul prayed very specifically for the Ephesian, Philippian, and Colossian Christians. He prayed for his young colleagues such as Timothy, Titus, and John Mark. 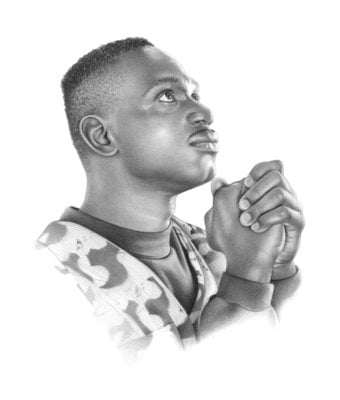 Both Samuel and Job emphasize the need for earnest, heartfelt, specific intercession. Samuel’s words are quite strong. He cries out, “far be it from me that I should sin against the LORD in ceasing to pray for you” (1 Sam. 12:23, NKJV). We can almost hear the echo of Samuel’s prayer in Job’s words, “Oh, that one might plead for a man with God” (Job 16:21, NJKV). Pleading with God for men and women who do not know Christ is our work.

When we pray for others, we become a channel of God’s blessing to them. He pours out the river of the water of life from heaven’s throne through us to them. Satan’s whole host trembles at the sound of earnest intercession. Ellen G. White describes the power of prayer in these significant words: “Satan cannot endure to have his powerful rival appealed to, for he fears and trembles before His strength and majesty. At the sound of fervent prayer, Satan’s whole host trembles”. — Testimonies for the Church, vol. 1, p. 346. Prayer connects us with the Source of divine power in the battle for the souls of lost men and women.