After the great disappointment of 1844, a small band of Adventists, unable to deny the presence of God in the Millerite movement, came to the conclusion that, instead of the Second Coming, God had begun what they termed the “Investigative Judgment,” now also known as the Pre-Advent Judgment, as distinct from the Final Judgment. 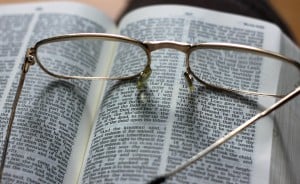 Throughout the last hundred and seventy years critics from both within and outside the Seventh-day Adventist Church, have questioned the validity of this Investigative Judgment doctrine. And they still raise objections like the following:

In light of these charges, one would think the debate would be over. However, as we will demonstrate, the debate is far from over. In fact, we believe that the critics have no valid argument.

Unfortunately, over many decades, Adventists have allowed the critics to frame the discussion of the Investigative Judgment as a sort of theoretical concoction that is entirely dependent on the veracity of a long series of prerequisite assumptions (such as the day-year principle, Daniel 8:14, etc.). Critics assume that, if there is any doubt regarding any of these assumptions, the entire theological structure collapses like a house of cards.

Classical Arminianism and Free Will

During the Protestant Reformation, two distinct theological camps with conflicting views regarding the human will emerged under the banner of Sola Scriptura1, Sola Fide2 and Sola Gratia,3 namely Calvinism and Arminianism.

Calvinism rejects the idea of free will in favor of predestination. This perspective is articulated as five distinct points using the T.U.L.I.P. mnemonic. (See chart below for more information.)

In contrast, Arminianism fully supports the concept of human free will and therefore rejects each one of the five points above. Please take a look at the following chart for a more detailed explanation of the differences, paying special attention to the last (fifth) point:

Now here comes the tricky part and, incidentally, the most important part:

Over time, a third theological camp emerged, taking somewhat of a hybrid approach. They adopted the first four points from the Arminian side and the fifth point from the Calvinist side, giving rise to what is popularly referred to as the concept of Once Saved, Always Saved. What’s tricky about this is that they still call themselves Arminian even though, in discussions about a pre-Advent judgment, how they feel about point number five of the TULIP formula is the single, most important factor. (In this post we will be using the labels “Classical Arminianism” vs. “O.S.A.S. Arminianism.”)

Therefore, in any discussion about the Investigative Judgment, before any mention is made of Hebrew terms in Daniel, or Greek terms in Hebrews, or the validity of the day-year principle, two questions should be asked of any critic:

Why does this matter? It matters because all classical Arminians reject the idea of Once Saved, Always Saved. They all believe that a person who has experienced a genuine new birth can still be lost, and therefore all believe in some form of investigative judgment differentiating between believers, even though they don’t call it an “investigative judgment.”

Most Arminians also believe that when a person dies, they are carried directly into the presence of God for judgment. At this moment, it is determined if they were faithful or not, and the sentence is pronounced for either reward or punishment.

Adventists, on the other hand, believe that people rest in their graves until the resurrection. Thus, there is no necessity to force-fit any kind of judgment immediately after death. We don’t need to rationalize away the biblical passages that speak of the judgment as being in the future. Since we believe Jesus will bring His reward with Him at His coming, the judgment needs only to take place shortly prior to the Second Coming.

In summary, if a person believes that:

Such a person will very likely come to believe in an Adventist-like pre-Advent judgment, irrespective of any other factors. If salvation can be lost, this matter must be objectively decided before individuals go to heaven. If God judges, then part of his judgment work would be to determine the faithful among the professed followers (the essential nature of the Investigative Judgment).

At this point, we have the basic building blocks for an investigative judgment before the Second Coming. And while the 3rd and 4th propositions do not lead us to 1844 (the timing of the Investigative Judgment) they leave the door comfortably open for such a possibility. And this is why those who attack this doctrine on peripheral issues like Greek or Hebrew terminology are wasting their time.

For illustrative purposes, let us now take a brief look at how someone in each of the three theological traditions views salvation.

Before the foundations of the world, God decreed that Johnny would be lost, and Jim saved for reasons having nothing to do with them. So, for example, Johnny might be a relatively good person and Jim a criminal. Nonetheless, because God ordained it, Johnny would never come to recognize his need of a Savior or repent of his sins. Jim, on the other hand, at some point in his life, will come to repent and experience a genuine new birth.

Moreover, even if Jim falls away after being born again, some time before his death, he will come back to Christ and die having made peace with God. Again, all this is for no other reason than that God has decreed it to be so; neither Johnny nor Jim choose any of it, nor could they change their fate if they wanted to. Therefore, a pre-Advent investigative judgment would be pointless in this case, since the salvation of each person is pre-determined.

Under this paradigm, both Johnny and Jim are offered the gospel invitation. They are both free to accept or reject that invitation, and God does not interfere with this choice. Johnny, of his own free will, chooses to reject it and Jim to accept it. However, having accepted the invitation and having experienced a genuine new birth, Jim’s salvation is secure and can no longer be lost. It does not matter if, after being born again, he turns away from God, becomes more evil than Hitler himself, or longs with all his heart to undo his former decision to come to Christ. His salvation is sealed; he no longer has free will in this respect. So a pre-Advent investigative judgment would be also pointless in this scenario, since apostasy is impossible and the destiny of the saved is set as soon as they accept Christ.

To understand this perspective, we need to introduce Bob. As before, the gospel invitation is still being extended freely to all. Johnny, as before, rejects it. Both Jim and Bob accept it. They both open their hearts to Christ; they are both born again, sealed with the Holy Spirit of promise, pardoned of their sins, declared to be the sons of God, causing rejoicing in the presence of the angels on behalf of both. However, only Jim makes it to heaven while Bob ends up lost because he turned his back on Christ. So it is evident that in this scenario, an investigative judgment must be far more complex than simply recalling whether a person has accepted Christ or not.

Arminian Protestants would admit that an investigative judgment of sorts takes place when Jim and Bob die. Both would be ushered into the presence of God where their case would be reviewed either for heaven or hell. Jim would make it to heaven by virtue of his faith in Christ. Bob, on the other hand, having decided to turn his back on Christ, would be turned away.

Since Seventh-day Adventists do not believe in the immortality of the soul, which necessitates that God has to have a place ready for the soul immediately after death, there is no need to enter into this judgment at the point of death. In fact, some other Christians also recognize that, according to the Bible, the judgment takes place in the future. And they attempt to harmonize this with the immortal soul teaching by proposing some type of “holding place” where people await their day in court. To support the concept of a temporary holding place, they make reference to Peter’s “spirits in prison” (1 Pet. 3:19 KJV), to the example of the fallen angels whom “he has reserved in everlasting chains under darkness unto the judgment of the great day” (Jude 1:6), and to Abraham’s bosom in the story of the rich man and Lazarus (Luke 16:19-31). All these are workarounds Adventists don’t need because we don’t believe that the dead go immediately to heaven or hell. Nor does God need to judge each person one at a time but instead “has appointed a day in the which he will judge the world.” (Acts 17:31).

The Investigative Judgment Doctrine Is Biblically and Rationally Sound

For over a century and a half, the Adventist church has been challenged by critics from inside and outside the denomination, insisting that the doctrine of the Investigative Judgment is unbiblical at best and cultic at worst. These voices have called us to discard this teaching if we wish to remain biblical Christians. However, we remain unconvinced by the many peripheral attacks made against this doctrine for we see it, not as dependent on a long list of small exegetical presuppositions, but as the natural outgrowth of classical Arminianism and Soul Sleep. Plucking leaves off the doctrinal tree of the Pre-Advent Judgment does not destroy the tree. In light of this foundation we believe that many critics of the Investigative Judgment are, quite possibly, either:

2)    If you are a Classical Arminian, then we invite you to re-explore the topic with an open mind. There are countless resources that demonstrate that the Investigative Judgment doctrine is scripturally sound.

Moreover, we want to challenge Seventh-day Adventist church leaders and members as well. We believe that, as a church, we need to be more proactive in confronting people of influence (counter-cult apologists, Christian leaders, etc.) who continue to either misunderstand or misrepresent Seventh-day Adventist views. There is no reason to keep struggling against the current when taking our message to the general public because a few key people continue to incite prejudice and superstition. We have a solid foundation for the Investigative Judgment, and we can stand firm on it as we continue to explore and perfect our understanding of the details that make this doctrine unique in the Christian world.

Also see our “Resources For Study of the Investigative Judgment” where you will find books, files and web sites to assist you in your study.

A related article “How Adventism Ended the Gospel Wars” deals further with Arminianism and Calvinism. The third post in the series is “How to Present the Investigative Judgment.” 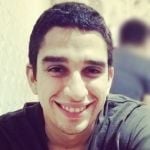 Originally from New Jersey, Marcos now lives in Australia with his wife and children. His dream is to share the story of Jesus with the post-modern culture that pervades the continent. Marcos’ greatest passion is to help others realize that Christianity is a passionate and committed relationship with God, not a religion. He also runs his own blog at http://www.pomopastor.com/
View all posts by Marcos David Torres