↓
Home→Daily→Wednesday: The Duration of God’s Law 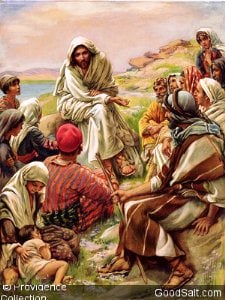 God did not need to reveal His law to Abraham with thunder, lightning, and a penalty of death (Exod. 19:10–23). Why, then, did God give the law to the Israelites in that manner? It was because, during their bondage in Egypt, the Israelites had lost sight of God’s greatness and His high moral standards. As a result, they needed to be made aware of the extent of their own sinfulness and the sacredness of God’s law. The revelation at Sinai certainly did just that.

What does Paul mean when he says the law was added “until the offspring should come to whom the promise had been made”? Gal. 3:16–19 (ESV).

Many have understood this text to mean that the law given at Mount Sinai was temporary. It entered 430 years after Abraham and then ended when Christ came. This interpretation, however, conflicts with what Paul says about the law in Romans, as well as other passages in the Bible, such as Matthew 5:17–19.

The mistake readers often make with this passage is to assume that the word until always implies a limited duration of time. This is not the case. Describing the person who fears the Lord, Psalm 112:8 (ESV) says, “His heart is steady; he will not be afraid, until he looks in triumph on his adversaries.” Does this mean that when he triumphs he will become afraid? In Revelation 2:25 (ESV) Jesus says, “Only hold fast what you have until I come.” Does Jesus mean that once He comes we no longer need to be faithful?

The role of the law did not end with the coming of Christ. It will continue to point out sin as long as the law exists. What Paul is saying is that the coming of Christ marks a decisive turning point in human history. Christ can do what the law could never do—provide a true remedy for sin, that is, justify sinners and by His Spirit fulfill His law in them (Rom. 8:3, 4).

Have you ever thought to yourself, If only the Lord did this for me, or that, or the other, then I would never again doubt or question Him? Think, though, about what happened at Sinai, about how powerful a manifestation of God’s power the Israelites saw—and yet, still, what did they do? What should this tell you about what true faith is and how we get and maintain it?(See Col. 2:6).