↓
Home→Daily→Inside Story: A Home of Hope 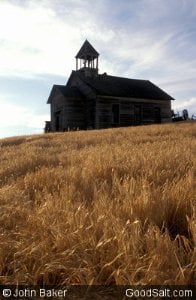 Eddah watched the activity in the Masai camp nervously. It seemed that the whole clan had come to help her mother prepare for her wedding feast. But Eddah didn’t want to marry; she wanted to continue her studies. She is a bright girl and had completed several years of primary school several miles from her home. Then one day she was attacked and raped on her way to school. Even after Eddah realized that she was pregnant, she continued her studies, stopping only to have her baby.1

Eddah wanted to return to school, but her father found a man who would marry her and take her baby. He already had several wives. The wedding would take place the next day; Eddah’s only hope was to run away to a school she’d heard about, Kajiado Adventist Education and Rehabilitation Center near Nairobi, Kenya, a self-supporting school operated by Adventist lay men and women.

When the women went to buy supplies for the wedding, Eddah wrapped her 4-month-old son in a blanket and set off to find the school. She walked more than 25 miles through bush country to the school.

Eddah and her baby arrived sunburned and dehydrated after their long walk. The matron fed them and listened as Eddah told her story. The matron agreed to take Eddah, but they had no facilities for her infant son. However there was an orphanage not far away.

Eddah’s family learned where she had gone. Her father was angry that she had run away, but he is proud that she is at the top of her class. Eddah will soon graduate from high school. “I want to study law,” Eddah says. “I want to fight for the rights of other girls to study and have a brighter future.”

Eddah’s family, like many Masai families, is learning that education is a better investment for their daughters than an early marriage.

Kajiado Adventist Education and Rehabilitation Center must find sponsors for more than 100 Masai girls whose families cannot or will not pay their tuition. The girls learn responsibility by sharing chores and caring for their personal needs. And while they study they learn to love and obey Jesus.

The work at Kajiado has changed the lives of dozens of Masai boys and girls over the past several years. Global Mission pioneers are being sent into the area to reach the Masai with God’s message of love. Your mission offerings help support this work in the farthest corners of the world.